Clay Paky with “Opera Seconda” by the Pooh 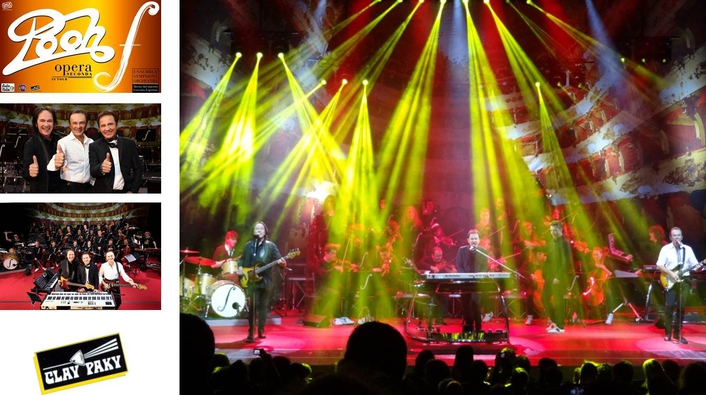 .
The "Opera Seconda Tour" has ended after nearly a hundred dates in theatres, sports halls and outdoor spaces throughout Italy, Europe and overseas. The Pooh's tour was an extraordinary audience success with over 150,000 spectators over the year.

The "Opera Seconda Tour" was produced and arranged by Franco Cusolito for Cose di Musica, and starred Roby, Dodi and Red (with Danilo Ballo on additional keyboards and Phil Mer on drums), accompanied by the Ensemble Symphony Orchestra conducted by Maestro Giacomo Loprieno. The tour took its name from the "Opera Seconda" concept album (Trio/Artist First), containing eleven songs from the band's career, rearranged and performed with an orchestra. 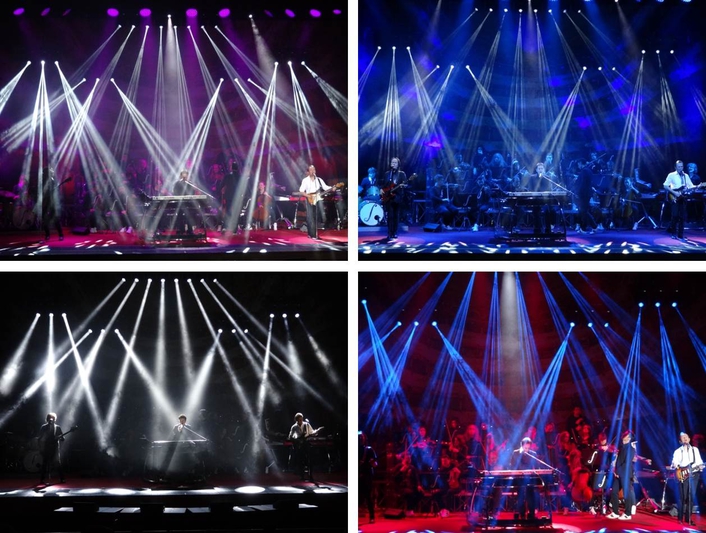 The rig consisted entirely of Clay Paky lights: about 70, including A.leda Wash K10s, A.leda Wash K20s, Alpha Spot HPE 700s and Sharpys, as well as blinders and a few other conventional lights. Fabrizio "Fabi" Crico, who has been the group's lighting designer since way back in 1978, said: "the A.ledas are fantastic LED moving heads. I appreciated their great brightness and uniform colour saturation over the entire stage. When TV footage was necessary, I only had to add some white lights. The other lighting colour parameters were already perfect."

The rig was provided and maintained by Alibi Service and was the same throughout the whole tour: a front batten with the A.ledas and blinders, two backlighting battens with Sharpys, and six beams for sidelighting the orchestra.

One of Fabi's scenic choices was not to use LED screens, which are much loved in many other productions: "There were no images to be projected, everything was there to see on stage: the artists and the orchestra. I preferred to enhance the backdrop, which was a graphic image of a theatre, by illuminating it from behind the platform with Clay Paky A.ledas. I then used the Sharpys in a radial arrangement to recreate an ACL effect, breaking away from the usual use that is made of these beautiful, reliable moving heads. The Sharpys allowed me to outline the stage, often using frost filters." 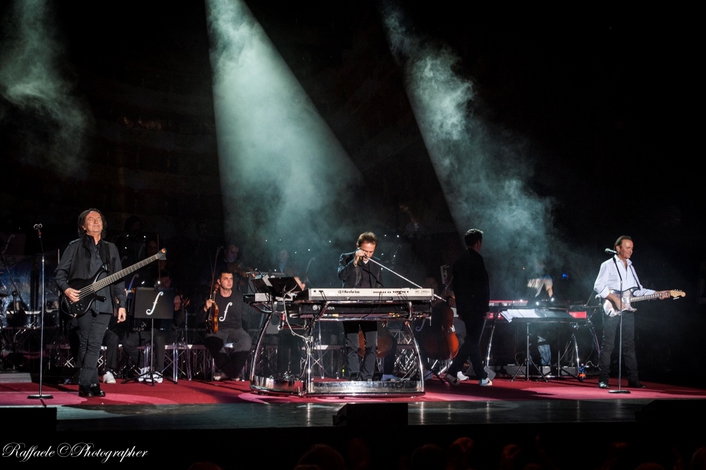 "Working with Clay Paky is always a guarantee," said the chief rigger and electrician Fabio Galantucci, who is another of the great "veterans" in the Pooh entourage along with Crico himself. "In more than ninety dates, we did not have the slightest problem with even one of the lights. This is where Clay Paky wins and you understand the importance of counting on companies with acknowledged professionalism and reliability, especially when you have to do an intensive tour."

The other members of the team were Marco Benzi and Filippo Rispoli on the dimmers, and the electricians Diego Gasbarre and Alejandro Principato.

The last word goes to the Pooh, who in a note declared that "one of the most exciting journeys of our career has now ended... a hundred tour dates, all sold out, with a truly extraordinary energy and quantity of music on stage. […..] See you in two years' time ... in the meantime we will try to create the most beautiful possible happening to celebrate an important anniversary: "our" fifty years ... our story deserves it, we deserve it, but above all we owe it to you and your always great and tangible love for us.»