Cinegy to present three customer case studies at the IBC 2012 Workflow Solutions Village
The IBC Workflow Solutions Village is a brand new visitor attraction in hall 9 aimed at discussing the issue of workflow and interoperability in the 21st century. Cinegy will present case studies on innovative workflow solutions for Live Sports, Post Production and News. Each 45 minute presentation will detail the workflows that customers have in place in the above scenarios along with the end customer’s experience of the installation process, and the benefits of a software based Workflow solution. 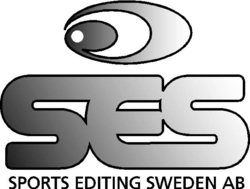 In Spring 2012 Sports Editing Sweden installed a complete end to end Cinegy Workflow solution that manages all the content and metadata for the 6 games that are played live, simultaneously every week for the Swedish Hockey League.

In a sports league perspective, workflow plays a big role, where many different users need to access video content for many different reasons - Cinegy solves the content delivery issue extremely well and also integrates official game stats in the process.

With the help of Cinegy Workflow, SES has now both modernized and simplified a lot of tasks that were being done manually. The Cinegy system at SES is based on the Cinegy Archive MAM that handles all the content and metadata. Connected to it are seven desktop editors and loggers in which the SES staff during the live game log and edit each game in real time.

Because the Swedish Hockey League has clients with different media format requirements, Cinegy Convert handles the required outputs in an automated process, thus removing all of the current waiting time for SES’s clients. Format ranges between MXF HD clips for broadcasters to web formats. 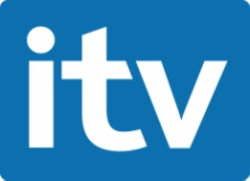 Towering over the Thames River inthe centre of London you will fi nd ITV’s main production studios, aptly namedThe London Studios (TLS). Although the facilities are owned by ITV plc they arerented to many independent production companies.

ITV decided they needed a system to speed up the production of programmes at The London Studios(TLS), either for ITV or other broadcasters.

The post production workﬂow has been completely transformed for productions using Cinegy.  With a new system in place TLS are now able to convert incoming content into digital ﬁles, creating digital media assets that can be stored and retrieved from a central library. This tapeless process increased the volume of material that can be easily searched, cataloged and edited, and the speed with which this could be achieved.

BBC Northern Ireland elected to resolve its dilemma by transitioning to a file-based production environment with a centralised digital asset management system, based on Cinegy Workflow. This file based workflow technology represented a sharp departure from the way television was formerly produced at BBC Northern Ireland.

As a result of implementing Cinegy Workflow, BBC Northern Ireland accrued benefits in terms of cost reduction and cost avoidance, and in terms of less tangible creative benefits. Through such things as less time spent in craft editing suites and the elimination of tape transfer equipment, BBC Northern Ireland has seen overhead costs shrink. It has avoided costs by implementing a system based on standard PC hardware rather than more expensive filebased solutions that require proprietary hardware, or by taking an ad hoc approach toward investing in new technology.

“We are extremely pleased to have 3 of our customer’s case studies to be selected for the new IBC Workflow Solutions Village. This opportunity allows us to present our customers case studies and to advise the industry of new innovative workflow solutions.” says Daniella Weigner Managing Director Cinegy GmbH.

Based on standard PC hardware and IT infrastructure, Cinegy Workflow is a modular, open platform consisting of a suite of tools, applications and open APIs that allow television production to shift into the next gear without being taken hostage by a particular vendor’s proprietary solution. It also integrates fully with traditional production and post production processes, including non-linear editing systems, and can be implemented without requiring investment in a completely new infrastructure.

About the IBC Workflow Solutions Village
The relentless drive to end-to-end file-based digital production throws up as many complexities as it does opportunities for creative freedom and budget saving. Having acquired tapeless media on set or on location, you can track the creation management journey and assess the options for yourself at the Workflow Solutions Village in Hall 9 which is dedicated to file-based technologies and includes a practical demonstration of tapeless production in action from the IBC TV News team.
Get away from the marketing hype associated with products in isolation and ask questions of expert technicians who are ready to answer all your queries.

About Cinegy
Cinegy is a world-leading R&D company, developing and engineering video, broadcast and OEM software solutions. Cinegy software encompasses every aspect of collaborative production, from ingest to editing to playout, all connected to an active archive with full digital asset management. It is modular and scalable; it can be applied to a wide variety of production environments of differing size, scope and purpose, from entry level to enterprise. Based on standard IT hardware and non-proprietary storage technology, it is affordable, easily deployable and intuitive to use.