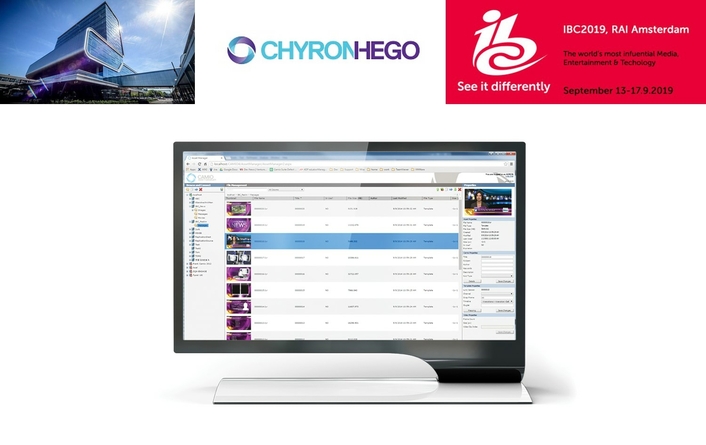 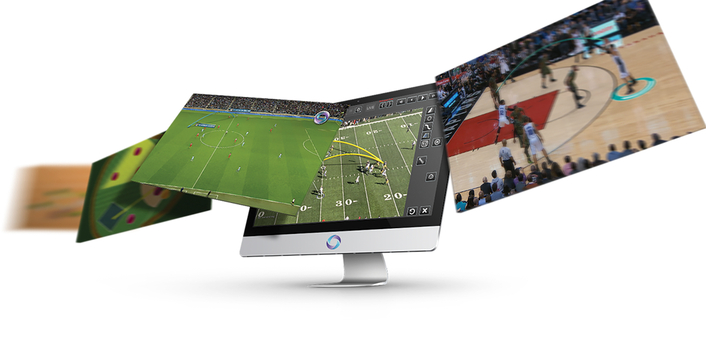 Maximizing Every Pixel
Also, on display at IBC2019 will be version 3.5 of PRIME Graphics, which delivers a single, easy-to-use 4K- and IP-ready graphics design and playout platform for better visual storytelling — whether producers are looking to deliver a simple lower third or news ticker, a sophisticated and eye-catching video wall behind the anchor, or a touch screen that a reporter can use to illustrate the story. At IBC2019, ChyronHego will showcase a new G-Sync/command scheduler that synchronizes outputs between channels of the same server or between different servers — giving operators the seamless and scalable ability to synchronize graphic events to multiple screens. 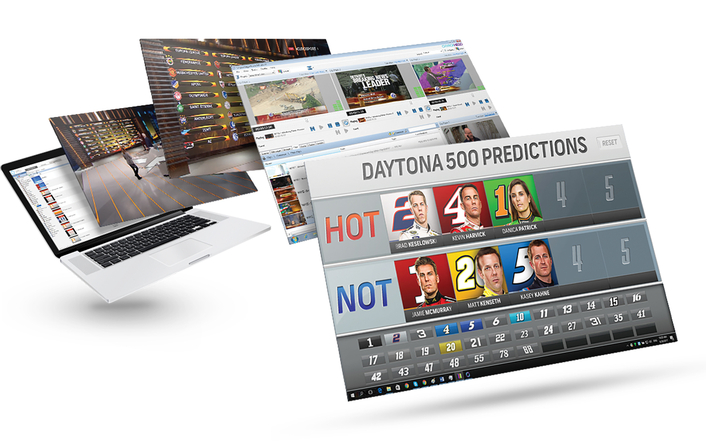 LyricX 4.1 is the latest release of ChyronHego's award-winning graphics creation and playout solution. At IBC2019, ChyronHego will display new features in LyricX 4.1, including enhanced auto-hide features for building more logic into a scene and an all-new advanced keyboard with flex keys that deliver ultimate flexibility with application and scene-based control. The new keyboard can be configured to support over 300 commands and supports modifier keys. LyricX now enables users to create warp clips built in Adobe After Effects and attach them to any object in the scene for highly creative transformations of a scene object's pixels.

Supercharging Broadcast Sports
Sophisticated on-screen graphics for highlighting sports plays and illuminating the action are now a fixture of sports broadcasting, and viewers have come to expect features such as virtual first-down lines in football or replays in which analysts circle players and draw their movements on the screen. Broadcasters need tools that streamline graphics creation and deliver enhanced fan engagement while increasing sponsor visibility and revenue during live production and replays. Designed with these specific goals in mind, ChyronHego's Paint and Virtual Placement solutions for real-time data visualization in live sports broadcasting will both be highlighted at IBC2019.

With the Paint telestration and analysis tool, broadcasters are able to generate sophisticated Illustrated Replays™ by visually analyzing game play and graphically highlighting replay clips. At IBC2019, ChyronHego will showcase key new features in Paint 8.1, such as an automatic chroma keyer for clips that will save users hours of time, as well as style and UI updates. In addition, the tool now enables ancillary data for clips and footage to be viewed on a secondary output when Paint is used as the replay device. Now controllable via mobile app, Paint gives users the ability to stream their output, tools, or UI over a network and use Paint's open control API to power remote production.

ChyronHego's Virtual Placement adds robust, tied-to-field virtual graphics to live productions without the need for a specialist operator, expensive camera sensors, or lengthy calibration processes. At IBC2019, ChyronHego will preview powerful new capabilities in Virtual Placement 7.3 — such as an automatic chroma keyer for live, field-based sports that completely removes the need for rekeying. An all-new, built-in Red Zone feature enables users to drive more in-game advertising for enhanced revenue generation. ChyronHego is rolling out an improved user experience with Virtual 1st. The "down and distance" application of Virtual Placement designed for American football, features add-ons in the user experience such as a two-point conversion line.

Enhancing the Stadium/Venue Experience
With ChyronHego's Click Effects PRIME, stadiums can easily deliver AV presentations to any canvas size and any number of outputs in any resolution. At IBC2019, ChyronHego will demonstrate new features that make the product even more versatile. Click Effects PRIME now combines SDI and GPU workflows to drive more screens and aspect ratios from a single system — giving operators the seamless ability to synchronize graphic events to multiple screens. Also, the tool now offers the ability to customize control panels for ultimate interactivity with scenes designed in PRIME Designer, and users can configure Click Effects PRIME with PRIME's output settings screen for optimal output and channel control.

Company Overview:
ChyronHego, a portfolio company of Vector Capital, is a global leader in visual storytelling solutions for content creators in the broadcast and sports industries. ChyronHego's market-leading offerings are empowering broadcasters of all sizes to deliver richer and more immersive experiences in studios, stadiums/venues, and live productions of all kinds.