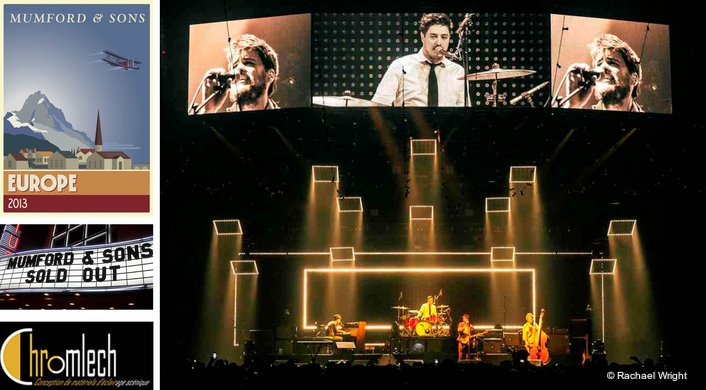 .
Chromlech Elidy LED panels have toured the world with Mumford & Sons in the largest installation of these unique LED matrix fixtures to date. Lighting designer, Ed Warren, employed 12 Elidy-Big, 12 Elidy-S and 64 Elidy-Wall panels in spectacular style to create unique lighting effects in his latest tour with the blockbuster band.

Warren has worked with Mumford & Sons for five years, ‘ever since they needed a lighting designer’, favouring tungsten-based lighting in his designs which, he feels, best suits the band.

“I have used Chromlech’s Jarag tungsten fixtures since Mumford & Sons’ first production tour in 2010, then Chromlech launched Elidy at PLASA 2012,” says Warren. “A couple of lighting friends recommended me this new product, and when I saw it for myself I thought Christmas had come! It was almost as if Chromlech had invented the Elidy especially for me.

“The Elidy produces beautiful beams of light - true, thin and bright - like nothing I have ever seen before. The way Chromlech has engineered each pixel is a dream and I can program each to a tungsten tone to blend with the rest of the rig and match the band’s signature style. And it arrived just at the time I was planning to redesign and upgrade the Mumford & Sons rig.”

Warren’s new design incorporates 12 Elidy-Big panels and 12 Elidy-S panels rigged above and behind the band. The Elidy-S panel are used as static overheads arranged symmetrically at different heights and angled at 45° to the stage. The Elidy-Big panels have been mounted in ZAP VIP One yoke assemblies, customised for this purpose by Canadian sound, lighting and video supplier, Solotech, specifically for the Mumford & Sons tour, and rigged on vertical bars. This allows the units to tilt and rotate and be used effectively as 1m-wide, square LED moving lights. 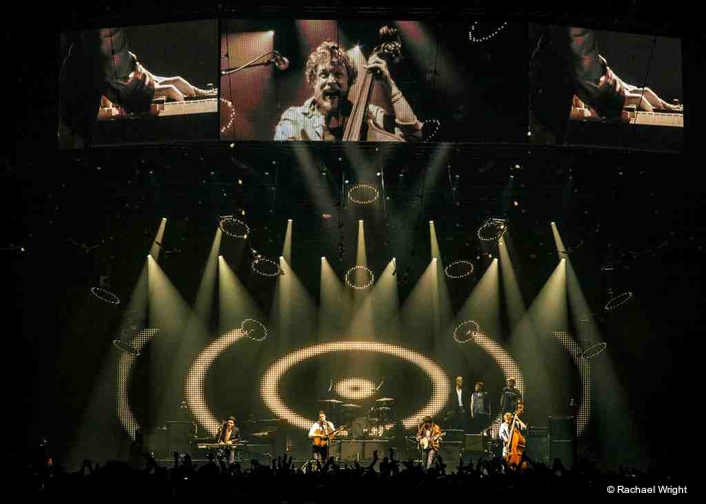 Sixty-four Elidy-Wall panels (16 wide by 4 high) create a 15.2m wide by 3.6m high LED screen behind the band through which Warren can create a backdrop with abstract imagery, strobe each pixel to create a sparkle effect or create outline shapes with the thin beams. These effects and content are also played over the large and small hanging Elidy panels to extend the effects still further.

Warren controls the Elidy panels via a single Chamsys desk, with no media server needed, using the Chamsys in-built pixel mapper to create patterns and fades as well as run a number of custom videos created by UK-based visuals designer, Dan Robinson. This gives Warren the option to use Elidy as a giant video wall in one moment, or a collection of tiny beam lights the next.

“With Elidy I can do everything from running smooth videos to creating big beam effects. It’s a stunning beam light and a smooth video surface in one. The perfect balance between other worldly and old timey,” says Warren. “From the moment we started rehearsals I spent every spare moment playing with them to get new effects – and still do! The control over each individual pixel gives you endless scope and they are so bright that the beams cut really far through the smoke. 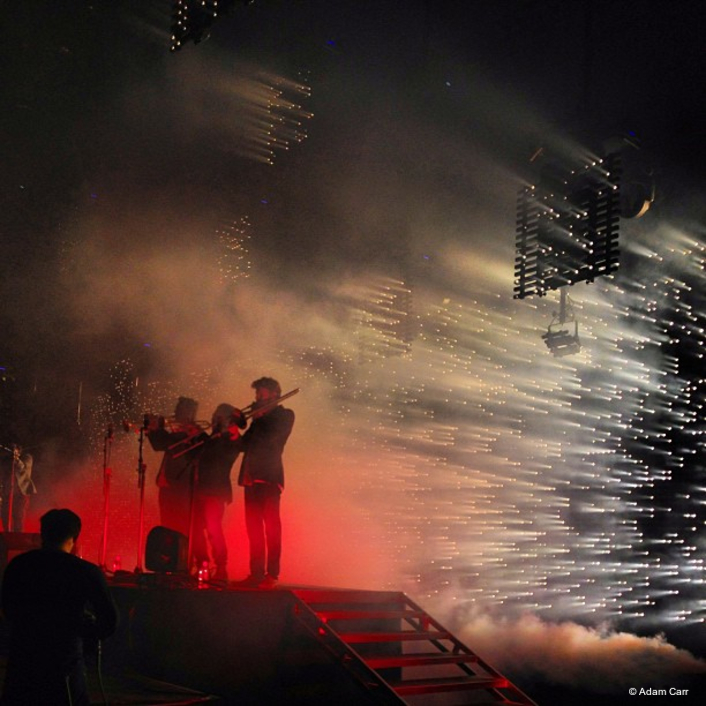 “This gave me another exciting design prospect because I could see the effects I created appeared very different from alternative viewing angles around the venue. Using Elidy I found I could make effects that would give each member of the audience a different experience. For example, viewed from the side, the narrow pencil-like beams can be seen radiating out from the fixtures in a way that audience members standing in front cannot see.”

Elidy’s durability and ease of construction was paramount on the 145-show, 25-country touring schedule which has taken in headline slots at Glastonbury Festival, T in the Park, Osheaga, Lolapollooza and their own Gentlemen of the Road Stopovers, amongst many, many others. Elidy has proved itself worthy of the challenge: just two clips and a plug per panel make sure construction, breakdown and maintenance are very quick and simple whilst the panels were transported securely in custom-made racks from Solotech.

The Elidy fixtures were supplied for the tour by Solotech and procured from Chromlech’s Canadian distributor, MDG. “MDG, Chromlech and Solotech worked wonders to pull everything together in a very short time-frame,” says Warren. “This is the largest tour Elidy has been on, so far, and the technical back up from Chromlech, who sent two of their team to Canada to support us in the initial stages, was superb. I’m really happy with the results and I want to use Elidy in all my designs from now on.”