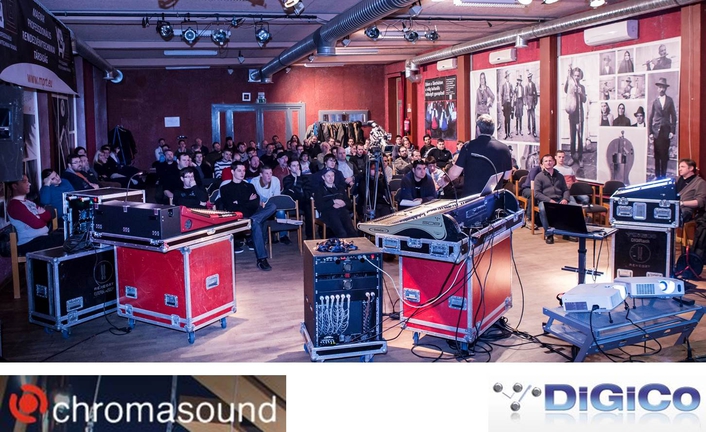 Founded at the beginning of 2014 and based in the Hungarian capital of Budapest, the MPRT was set up to help train and educate those working in the theatre, cinema, television, radio and concert touring industries.

Chromasound was invited to introduce DiGiCo consoles to its members during an eight week series of events, where it worked alongside eight different brands. 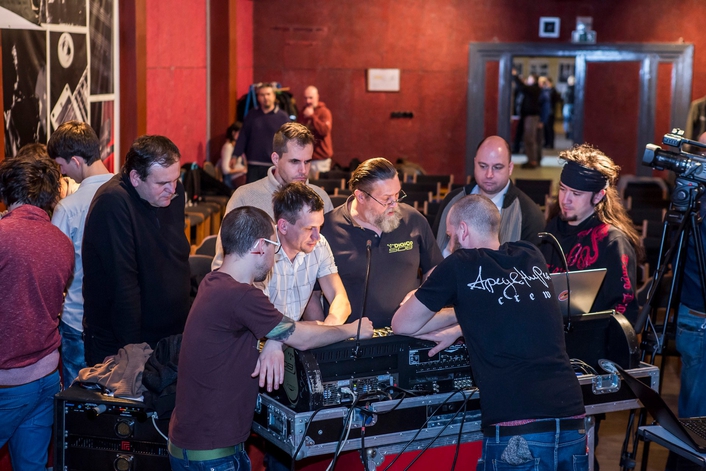 “We were delighted to accept the invitation,” says Chromasound managing director Imre Makkay. “We took three DiGiCo consoles – an SD8, SD9 and SD11 – to the Fono Budai Zenehaz, a cultural centre in the heart of Budapest.”

Imre, along with three of Chromasound’s sound engineers, Barna Hidasi, Marci Nemeth and Gergo Princz, presented the consoles to an audience of over 100 and were on hand to answer questions and assist with hands-on demonstrations.

“The day was a great success,” adds Imre. “Many of Hungary’s professional sound engineers were there. Many of them were already familiar with DiGiCo and took the opportunity to dig deeper into the consoles functions. And for those that hadn’t already worked on DiGiCo consoles, it was a great opportunity to learn what they can do.” 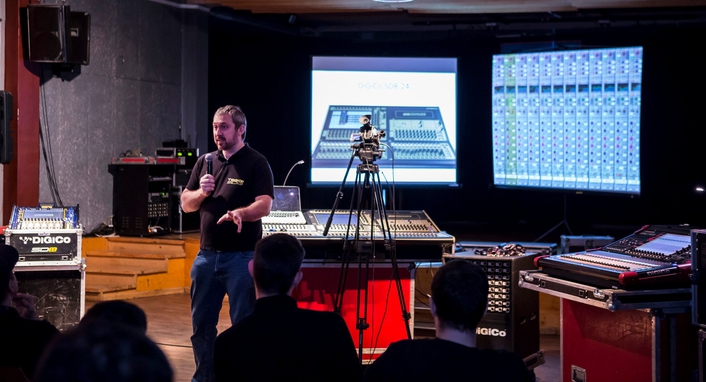