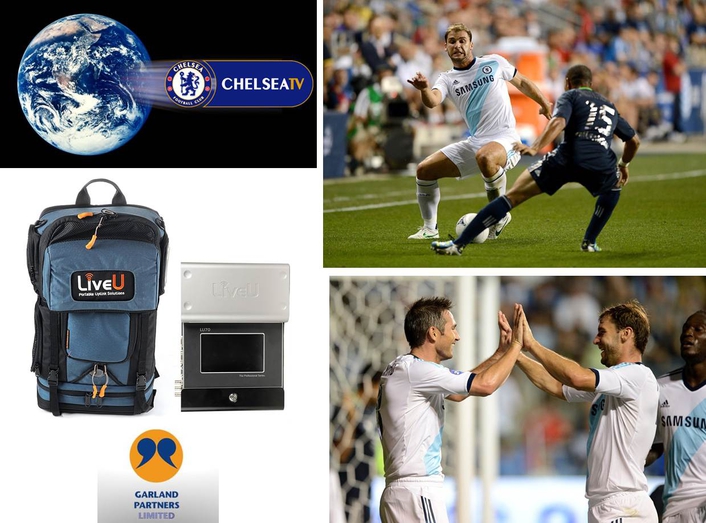 LiveU technology used by Chelsea TV to cover Club’s Pre-Season US Tour and UEFA Champions League
LiveU, a pioneer of portable video-over-cellular solutions, has announced that Chelsea TV, Chelsea Football Club’s TV channel, is using LiveU cellular uplinking technology to provide live video coverage of its games, enhancing its communication with its fan base. LiveU’s LU70 units have been used to transmit pre- and post-match interviews with managers and players, giving greater access to key personnel, and expand its live coverage of matches at home and abroad.

LiveU was recently used to cover the club’s 2012 pre-season tour of the USA. The club toured the US at the end of July to allow its US supporters to see the team live and also for the team to prepare for the new season. Chelsea FC played four tour matches against the Seattle Sounders, Paris St. Germain, an MLS All-Star game and AC Milan. The LiveU technology was used to provide all-round coverage of the games with Chelsea TV using it to send content immediately back to the station’s modern facility at the club’s Stamford Bridge ground in London – dynamically switching between Wi-Fi and 3G networks – and also taking advantage of the Store and Forward facility. The content was then used to provide both up-to-date news and live coverage of the games.

The solution and support has been supplied to Chelsea FC by LiveU’s exclusive UK Distributor Garland Partners Ltd, which also includes a full service package.

LiveU’s technology was previously tested during latter stages of the club’s journey in the UEFA Champions League – including the final – as well as the club’s victory in the FA Cup. It was used to flesh out coverage from both the UK and across Europe. The technology was first used by the channel for additional coverage of the FA Youth Cup semi-final against Manchester Utd. 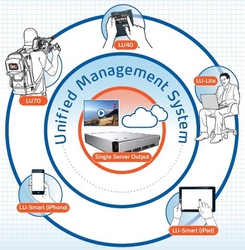 Richard Bignell, Head of Content & Production for Chelsea TV, said, “We worked extensively with the technology at the end of last season to fully test and understand the benefits. Given the range of coverage we need, because of the obvious demands of a dedicated channel like Chelsea TV, it allows us to provide footage that is otherwise more complex.”

Chelsea TV is a subscription-based television channel that airs on the Sky Digital platform in the United Kingdom and Ireland and is broadcast worldwide. Dedicated to the fans of London’s Chelsea Football Club, Chelsea TV airs a mixture of live news, daily training ground updates, live commentary and player features including shows such as Friday Night Live, Blues News, and a new pre- and post-match show before and after every match as well as live and pre-recorded matches. The channel is also available via subscription through Chelseafc.com and mobile services in over 50 countries worldwide. Last year it significantly upgraded its facility.

The LiveU concept has allowed the channel to increase its use of as-live content with Chelsea FC aiming to expand that to include greater coverage of pre-season tours and also training ground activity.

LiveU’s flagship LU70 product is the industry’s leading, bonded 3G/4G LTE backpack with proprietary RF technology for superior resiliency, up to 1080 HD video and sub-second latency for a satellite-like experience.

About Garland Partners Limited
Garland Partners Limited (GPL) is an established UK company working with leading suppliers of digital video streaming and IPTV solutions to deliver professional end-to-end systems for many applications including internet TV, mobile TV, IPTV, and broadcast services. The company focuses on meeting customers’ system requirements, providing a full package of technical and commercial support with the best available products. Customers range in size and application, and GPL’s strength is its flexibility in matching the right technology to client needs.