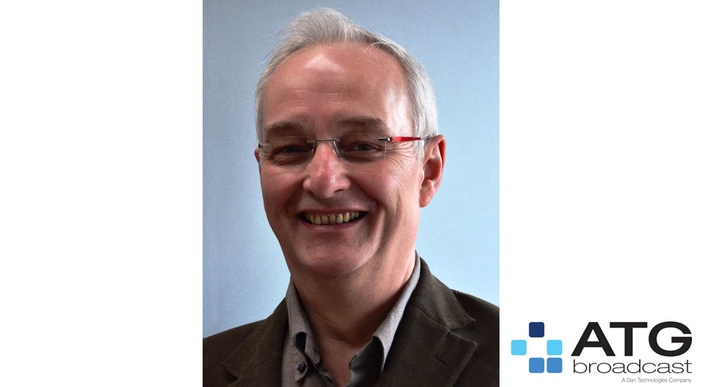 Charlie McCaw, Head of Solutions at ATG Broadcast
ATG Broadcast announces a new addition to its management team with the appointment of Charles Neil McCaw as Head of Solutions. In this capacity, he will be responsible for creating commercially and technically viable system proposals for ATG Broadcast's UK and international operations.

Charlie McCaw began his career at the BBC, followed by seven years with IPK Broadcast Systems. He then joined Tektronix as Systems Manager for Europe, Africa & Middle East. Subsequent roles within this organisation included Director of Systems at Tektronix/Grass Valley EAME, Director of Technology and later VP of Systems & Strategic Development at Grass Valley EAME, and Marketing Manager (News) at Thomson Broadcast.

In 2004 he joined Encoda Systems (prior to its acquisition by Harris) as Programme Marketing Manager, rising to Head of Operations EMEA at Harris Systems. From 2006 to 2009 he worked with Ascent Media Systems & Technology Services as Director of Bids & Proposals before establishing independent technical consulting and project management company C & J Broadcast Ltd.

"Success in systems integration today demands a good understanding not just of the hardware involved but of how to make optimal use of latest-generation software," comments ATG Broadcast Managing Director Christoffer Kay. "Charlie McCaw is one of the most experience engineers in the broadcast sector and a very welcome addition to the company. He should feel quite at home with our team having worked alongside our Projects Manager Dave Whitaker and our Head of Sales & Marketing Tim Felstead at various points in their careers. "

"ATG Broadcast has an excellent track record as an independent systems integrator, strengthened in recent years by its integration into the Dan Technologies' Systems Integration Division," adds Charlie McCaw. "I look forward to working with my UK and Danish colleagues as the company progresses into its third decade."

About ATG Broadcast
ATG Broadcast is one of the world's most innovative broadcast systems integrators. The company offers a comprehensive range of services including workflow-design, project-planning, equipment installation, software-configuration, commissioning, documentation and on-site training.

Celebrating its 20th anniversary in 2013, ATG Broadcast pioneered the transition from videotape to the file-based technology now used throughout the industry. It has also assisted many clients in the construction of new high-definition studios, master-control rooms and playout facilities, as well as the upgrade of existing SD systems to HD.