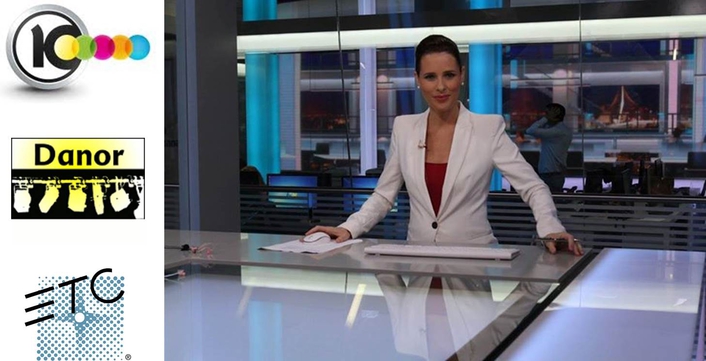 .
When the managers for the news studio at TV station Channel 10 in Jerusalem were looking for new lighting, they knew they would need something small but high-powered for their relatively compact studio. They invited ETC’s Israel-based dealer Danor Theatre and Studio Systems to visit and discuss a range of different products. As marketing manager Erez Hadar explains: “We talked about the pros and cons of fixtures from several different manufacturers, before it was agreed that the ETC Source Four LED would be the best tool for the job.”

The managers were impressed by the white-balancing features on the Source Four LED Studio HD model, which makes it easier to balance the lighting against high-definition studio cameras. Even with the two presenters sitting next to one another, the color temperature of the Source Four LEDs can be adjusted from 2700K to 6500K to perfectly complement their individual skin tones. The managers also appreciated that the fixtures didn’t require any external dimmers, and that they have such a long life – up to 50,000 hours – which all helps to keep costs down. 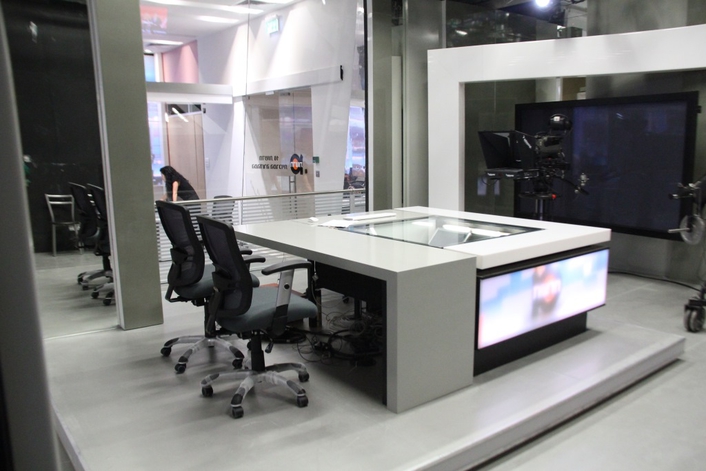 The Source Four LED Studio HD comes in fixed- or variable-focus zoom models, and a convenient soft-focus diffuser kit is also available. It is one of four arrays in the Source Four LED family, which also includes Lustr+™ with a full color spectrum, Tungsten for 3000K warm whites, and Daylight for 5600K cool whites.

This is the first time that the Source Four LED has been used in a studio in Israel, according to Hadar. “We have some great feedback from the technical managers at the station,” he says, “and have already recommended them for another studio installation in Israel.”