Changes in Leadership at SCHOEPS

Karin Fléing, a graduate in media management, joined Schoeps in 2007. Formerly Director of Sales and Marketing, her new role will include her ongoing task of modernizing the company’s sales and marketing activities.

Dr. Helmut Wittek has been at Schoeps since 2005, and co-CEO since 2009. His range of responsibility now extends beyond the technical arena. He maintains very close contact with the pro audio and sound engineering communities and personifies the technical credibility of Schoeps.

The company remains privately owned, with Ulrich Schoeps as the majority shareholder. The long established company philosophy of high product quality, close cooperation with customers and sustainability will thus be seamlessly maintained.

Ulrich Schoeps, son of the company’s founder, can look back upon a life’s work encompassing the development of this small company into one of the world’s most respected manufacturers of high-quality studio microphones. Under his leadership, Schoeps microphones have become the standard on the concert stage. Mr. Schoeps' principles of reliability and sustainability are highly valued by both customers and business partners. Despite changing conditions in the marketplace, he has maintained the identity and independence of the company and the integrity and quality of its products.

About SCHOEPS
For over sixty years the Schoeps microphone company of Karlsruhe has been among the leading microphone manufacturers worldwide. Schoeps represents the highest quality, transparency of sound, elegance, and durability. Their "Colette" system, with its classic design and small physical dimensions, has become a standard over the past thirty years. This microphone series, which is continually expanded and updated, is more in demand today than ever before. 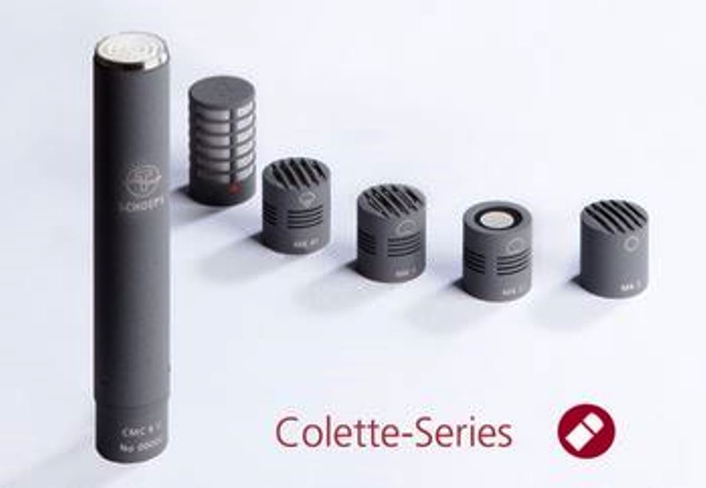 The palette of Schoeps microphones goes beyond the Colette series. CCM compact microphones are used everywhere when minimal physical size is required. In film sound recording the CMIT 5 "shotgun" microphone is one of the most desired microphones.

SCHOEPS Is Once Again the...es for Football in Brazil
Microphone Usage for Sports Broadcasting
Surround Setups by SCHOEPS