CCTV will incorporate a wide range of Clear-Com products, including four Eclipse digital matrix intercom system frames, 146 V-Series user control panels, a FreeSpeak® digital wireless intercom with 25 beltpacks and a variety of EncoreTM partyline systems, among others. This marks the largest intercom installation to date for the media organization. CCTV will install the equipment in its studios as well as a new HD OB van. The sale further enhances Clear-Com’s reputation as a top supplier of intercom systems to the robust and rapidly growing Chinese market.

As the national TV station of the People's Republic of China, CCTV is one of the country’s most important sources of local and international news. It operates 22 channels, including one HD channel, for a variety of market segments, along with more than 20 paid digital channels and 28 Internet channels. CCTV’s existing intercom structure comprised isolated systems based on different platforms. As a result, the independent systems could not be bridged, making CCTV unable to communicate between its old and new sites, as well as regional locations. Since the organization produces large amounts of content daily, the lack of interconnection between the various facilities hampered its production workflow. 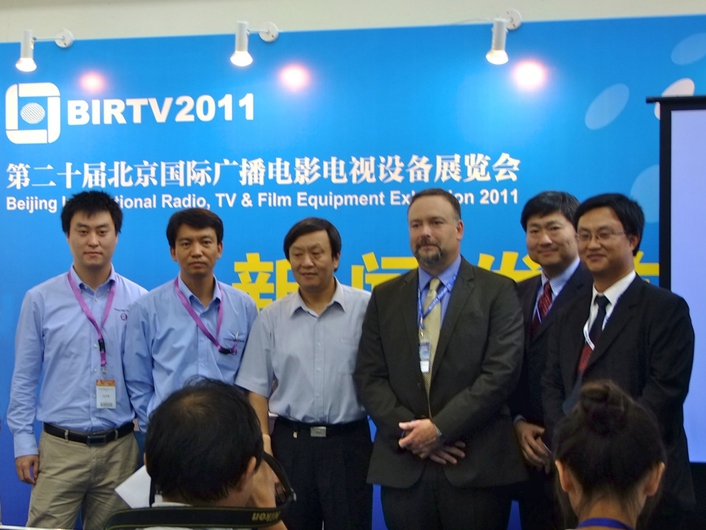 Working together with its local dealer, Century Sage Scientific Group Ltd., who facilitated the sale, Clear-Com offered an intercom solution that unified all of CCTV’s systems under a single platform. The solution will be easy to manage and versatile enough to meet CCTV’s evolving needs. CCTV first utilized Clear-Com intercom systems during the 2008 Olympic Games in Beijing, and was impressed with its flexible networking and four levels of redundancy. The positive experience with Clear-Com during that event led CCTV to choose Clear-Com for its latest intercom needs.

“When it came time to upgrade and expand the intercom systems for our studios we decided to continue with Clear-Com,” says Yang Sheng, Project Manager, Intercom Systems, CCTV. “Based on our experience with Clear-Com products during the 2008 Olympics Games and recent discussions about our new projects, we believe Clear-Com is the right system to form the communications backbone for CCTV. They have an extensive range of intercom products with the widest set of features, functions and networking options utilizing IP and fiber. The systems are also highly flexible, expandable and adaptable for our current and future needs.”

The core of the CCTV intercom system is based around two Clear-Com Eclipse-Omega matrix systems in its new station site and one system in its old site. All studios will have their own subsystem, which will connect to the core system to allow for seamless communication. For its remote locations, CCTV will employ two Eclipse-Omega and two Eclipse-PiCo matrix systems. Additionally, with Clear-Com’s Production Maestro Pro software, feeds can be monitored at a glance, reducing the need for multiple monitoring speakers throughout the studios. The software will also be used to set up routing lines.

For large-scale, on-site event coverage, CCTV has designed a new HD OB van, which will also be utilizing Clear-Com intercoms. The OB van has four zones: the main production area, assistant production area, audio area and technology area. The Clear-Com system not only facilitates communication between all four zones, but also supports the connection between the systems at CCTV’s studios and the Eclipse-Median matrix, V-Series panels and various Encore partyline products set up in the rest of CCTV’s fleet.

Along with providing quality products, Clear-Com will continue to ensure that CCTV’s communications are running strong. With an office in Beijing, Clear-Com is able to offer personalized on-the-ground support to CCTV and other users in the area quickly and professionally. The Clear-Com team in Beijing strengthens the company’s presence in the rapidly growing Chinese market while offering unparalleled support.