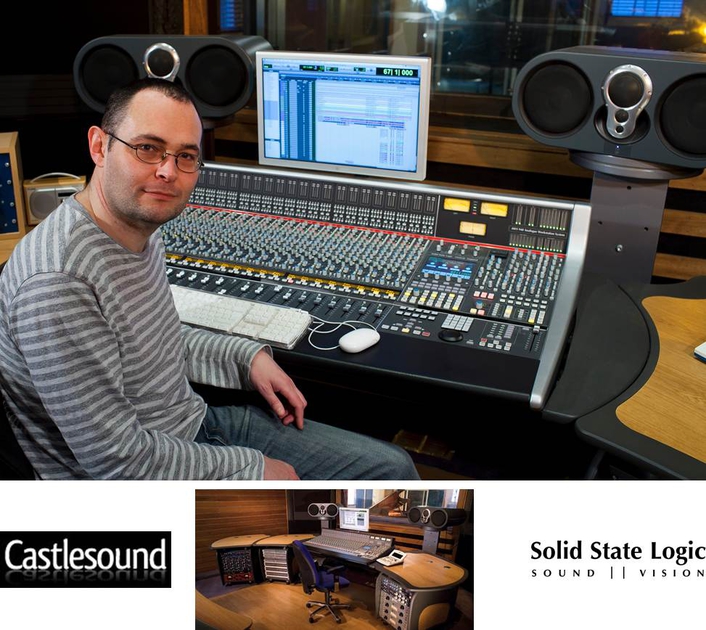 “As our business has progressed, we felt the need to get a console with a greater number of channels to handle larger projects,” says Stuart Hamilton, owner of Castlesound Studios. “The AWS 948 builds on the successful tradition established with our AWS 900 of recording acoustic music for jazz, Scottish traditional, rock and pop artists. We have been producing an increasing amount of music for film as well. The reason for the upgrade was that the original AWS had 24 mono channels, and the new one has 24 stereo channels, which makes the integration with Pro Tools® incredibly slick and seamless. With the 948, I don’t have to make any channel count compromises, and that makes the entire job more clear-cut.”

Castlesound Studios is housed in a 200-year old Victorian-era primary school, offering spacious recording areas, soaked in natural daylight as well as a control room. Converted into a studio in 1973, with the emphasis on capturing acoustic music performances, the Castle Studio room handles up to 20 musicians, allowing Castlesound to capture a big band or add in a full string section to a project. The smaller Slate Studio room features a black slate floor to achieve a completely different acoustic signature. Both rooms are tied to the AWS 948 that brings together the recording spaces and the extensive set of outboard gear.

“Because of the stereo nature of the channels, the 948 actually makes it easier to integrate all of my outboard,” states Hamilton. “I can, for example, create a sub group of strings, all coming up on one stereo channel with a stereo compressor patched in, so the console becomes even more of a central hub for the studio to integrate all of the analog gear with all of the DAW pieces. With the AWS 948, we simply have more options to complete a project.”

For the Julie Fowlis tracks produced at Castlesound, the Total Recall™ system was used extensively to revisit the material for additions and re-mixes, while allowing the studio to be used by other clients.

“For the Fowlis sessions, we started with a simple demo and kept going back and forth, adding new tracks to finish the music. Because of the time differences between the directors of the film commenting from California and here, we were constantly resetting the console to work on each song, so the Total Recall and expanded channel count of the AWS really worked in our favor and made this job technically straightforward. Working with the AWS 948 has been, in a word, brilliant, and the console has definitely increased our bookings.”