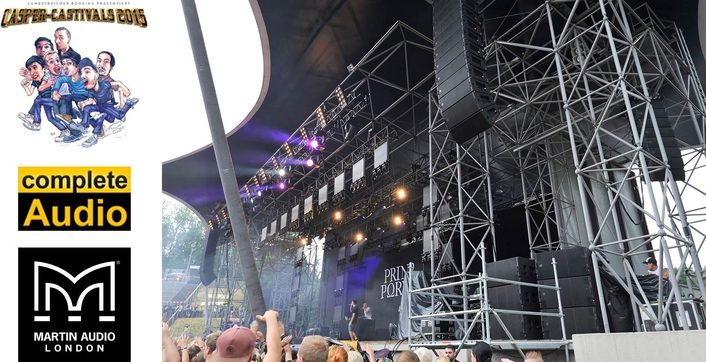 “We are supporting the entire Castival Tour — but only with lights, rigging, FOH and monitor desk — the PA systems are usually locally provided,” explained Complete Audio MD, André Rauhut. “So basically [in Berlin] we were the local sound provider for our own tour production!” 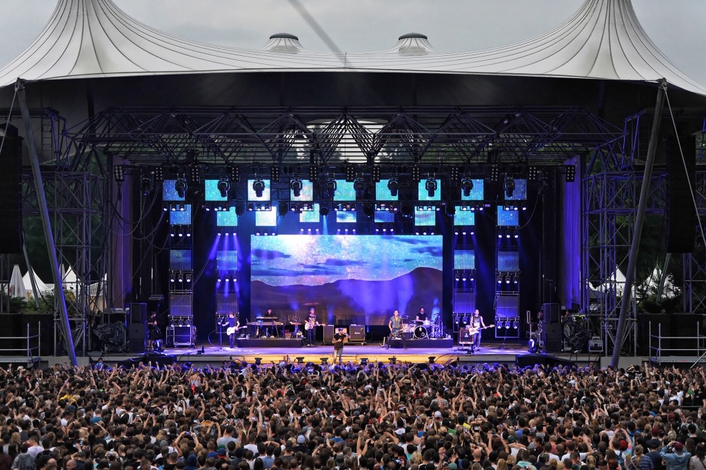 The venue represents a challenge since the measurement point for the local authorities is right behind the FOH position, on top of the bleachers, he notes. “It is always a bit tricky to achieve high SPL levels and then drop down on the top of the audience area in order to get good results at the measurement point. But MLA is perfectly capable of handling this because the system and the Display software can direct sound to where it needs to be and where it needs to avoid, defined as the ‘non-audience’ areas  and ‘hard avoid’ zones in Display.”

Complete Audio has produced multiple shows at this location with MLA in the past. “It is always a pleasure to see how well things like the hard-avoid and non-audience areas work, and how much SPL you gain from that in the audience areas,” Rauhut observes.

Another bonus for this show was the fact that the popular rapper’s FOH sound engineer is Oliver Voges — the first man to ever use Martin Audio’s ground-breaking and award-winning Multi-cellular Loudspeaker Array technology, back in 2010 with Fettes Brot. As a great fan of MLA he was even more pleased to learn that his system techs for the day would be André Rauhut accompanied by Martin Eckert. 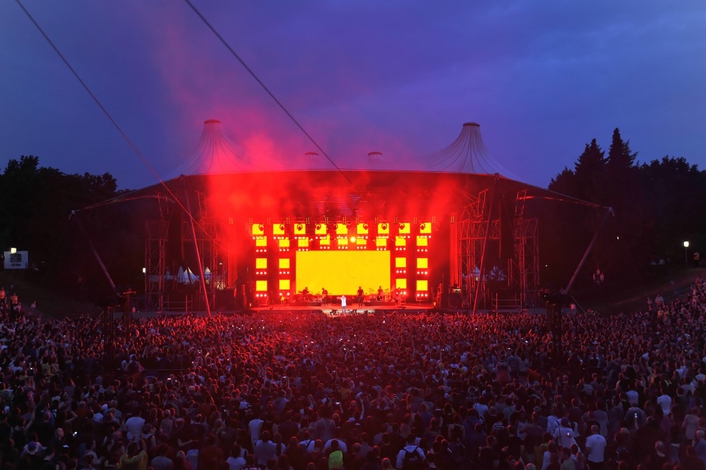 The system in Berlin consisted of 11 x MLA plus two MLD Downfills per side with eight MLA Compact enclosures as sidehangs. A further 18 x MLX subs were used and four MLA Compacts as frontfills, close to the audience area.

“We did not set up a sub arc as we would normally do because the additional stage in front of the regular stage was built out of scaffolding — and thus there was no place to put subs underneath,” explained Rauhut. “We decided instead to go with a generic L/R sub system with six MLX set in stacks of three in front of the stage to avoid the power-alley effect.”

Summarising the show, and the performance of MLA, Olli Voges could not have been more positive. “Mixing a live show, with a broadcast mix for live radio, and the pressure of sound restrictions at the same time, can a bit complicated,” he commented. “However, the Castival show in Berlin was a blast, as I could concentrate entirely on mixing music instead of fighting for low SPL values — and that’s because the PA set up was perfect.

“We even achieved a better result with just 18 MLX subs than using 40 subs of a different brand the week before!” 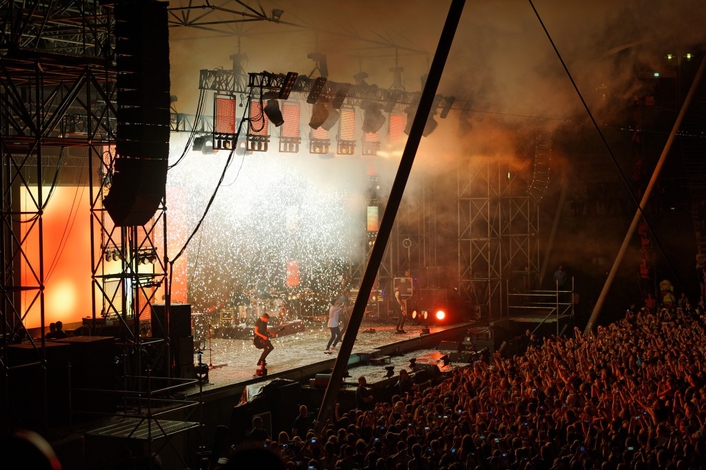