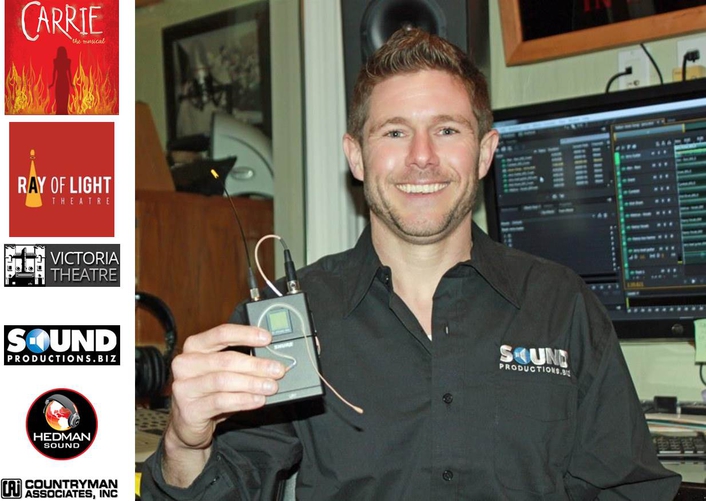 E6i Omnidirectional Earset microphone delivers superior performance and fit under challenging theatrical conditions
Based on Stephen King’s best-selling novel, Carrie The Musical focuses on an awkward teenage girl with telekinetic powers whose lonely life is dominated by an oppressive religious fanatic mother. When she is humiliated by her classmates at the high school prom, she wreaks havoc on everyone and everything in her path. It’s a chilling tale that has enthralled audiences since 1988. Presented by Ray of Light Theatre from October 4th - November 2nd at The Victoria Theatre in San Francisco, Carrie The Musical kept its audiences on the edge of their seats—and to ensure the utmost clarity for both dialog and the musical performances, E6i Omnidirectional Earset microphones from Menlo Park, CA-based Countryman Associates were deployed.

San Francisco-based Sound Productions, which handles design and engineering as part of its sound reinforcement services for the theatrical, concert, installation, and special events markets, was contracted to provide sound for the West Coast premiere of Carrie The Musical. For this project, Anton Hedman, owner of San Francisco-based Hedman Sound and general manager of Sound Productions, used 21 Countryman E6i Omnidirectional Earset microphones. He discussed the challenges of the project and his reasons for selecting the Countryman microphones.

“In my experience, Countryman E6i and B6 microphones are the best in their class and have terrific sound quality for theatrical applications,” Hedman explained. “Because the E6i is so small, flexible, and available in a variety of skin tones, it is remarkably easy to conceal on the talent, which is a key consideration for theatrical use. They are barely even noticeable when mounted directly against the face. And actors love them because they hardly notice they’re wearing a mic. This allows them to concentrate on their art while we focus on ours—making them sound good. We typically use these mics with Shure SLX, ULX, UR and ULXD wireless systems and, together, they make a great combination.”

For the iconic prom scene where Carrie ultimately retaliates, there is blood everywhere. Hedman discussed the process of miking the actress, “The director asked me if I could find a way to conceal a mic on Carrie while they dumped about four gallons of blood on her head—right before the closing solo. We decided to use an E6i mounted to her tiara so we could conceal it. We positioned the mic face down and protected it with a simple funnel-shaped wrap of medical tape around the capsule and a solid wrap around the ear connection in order to repel most of the liquid. We were all amazed at how well it worked!” 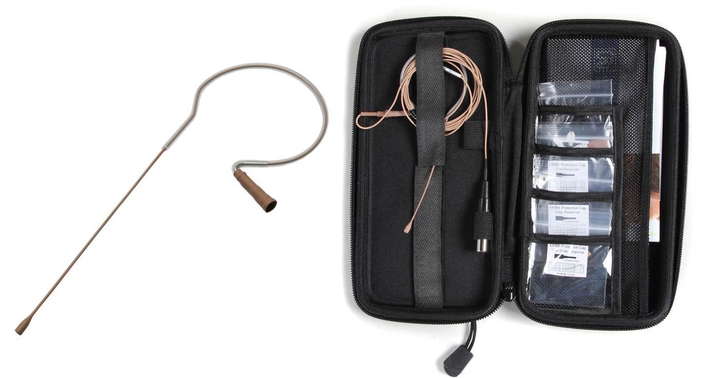 In Hedman’s type of business, reliability and quality customer support services mean everything. Here, too, Hedman was very complimentary of Countryman’s customer and technical support operations. “At the end of the day, one of the most important considerations for any product is its reliability,” he said. “In this regard, Countryman product is first rate, and the same goes for the company’s support services. It’s always nice to know that the manufacturer of a product you’re using is there to support you. Countryman’s staff is very nice and is always available to help with any questions you may have.”

About Countryman Associates
For more than 30 years, Countryman has focused on developing microphones and accessories that deliver maximum gain before feedback, with the highest possible rejection of wind, vibration, interference, and other unwanted sounds. The result is warm, clear vocals in speaking and singing applications, delivering natural audio reinforcement that requires almost no attention from the sound engineer or the performer.