Capital Sound Takes Optocore to Proms in the Park 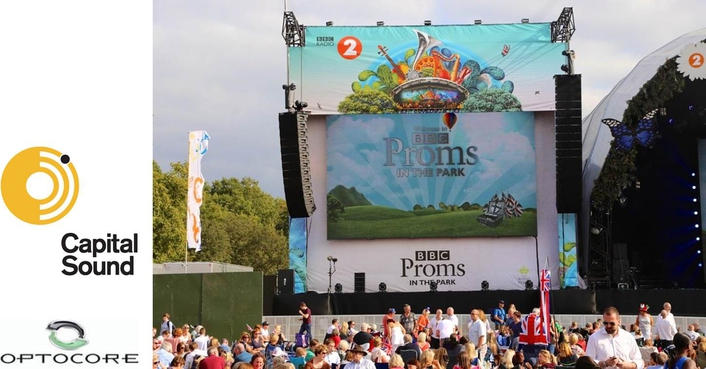 .
One London tradition that shows no sign of abating is the Last Night of the Proms celebrations in Hyde Park, hosted by Sir Terry Wogan. The open-air concert features a host of musical stars, including the perennial BBC Concert Orchestra — and this year Rufus Wainwright and the legendary Earth, Wind & Fire joined the bill.

London-based rental company Capital Sound once again provided the audio infrastructure for the event, deploying their expanding network of Optocore X6R-FX interfaces to provide a fully redundant loop; this encompassed the ten delay positions as well as the VIP platform and covered veranda, all distributed from the FOH rack presided over by experienced system tech Toby Donovan.

The Optocore racks have been a frequent visitor to Hyde Park this summer, having been deployed earlier at the Barclaycard British Summer Time Festival.

“Optocore is the best solution for us,” admits Colville. “These units are just so reliable and that is paramount for events such as this when you are addressing large crowds. We have been running these systems for well over five years now — since the Take That Progress tour; they are easy to configure and we’ve never had a problem.”

However, the site configuration for Proms differed from British Summer Time, relocating closer to Mayfair’s busy Park Lane. “It meant the system had to be designed from the ground up because of its proximity to the road, but I managed to reduce the delay points to 10 on the network — with the VIP structure being the other receiving source,” stated Colville.

Capital Sound’s approach to signal transmission is a logical and straightforward one. “We feed the signal into the fibre network on an analogue input and take it out at each of the delay and VIP positions on AES-EBU and then into the Martin Audio Merlin network management system.

Connectivity to the Martin Audio MLA PA VU Net/Ethernet control network, running the dedicated Merlin management system, was via an Ethernet tunnel over Optocore. Subwoofers at four of the delay points were on a separate feed. 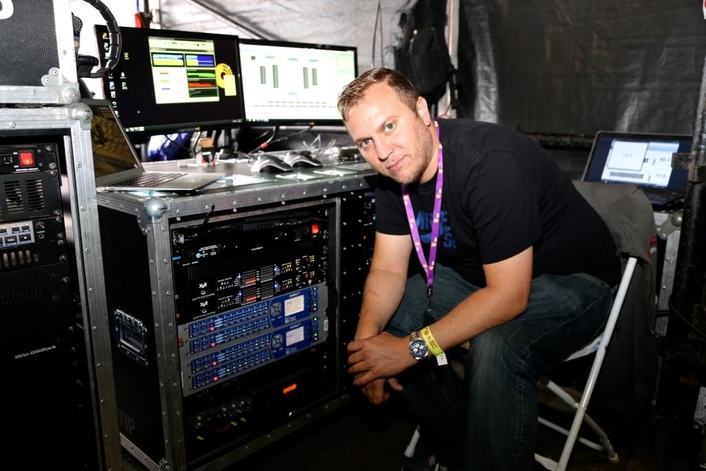 Because this was a televised event, and nothing had to be visible above ground within camera shot, Cap had replaced their catenaries with Yellow Jacket cable protectors, deploying around 1km in total to provide an elegant solution.

Ian Colville has certainly never regretted his investment in Optocore or had cause to doubt the versatility it offers.

“When we were first looking for a solution for Take That, we realised that fibre would give us the isolation we needed; so we looked at transport suppliers … and quickly arrived at Optocore.

“We see other people still complaining about the reliability of their signal transport … but due to Optocore, we don’t have any of these stories to tell!

“This system has become one of the best tools at our disposal. We have used it consistently — in smaller shows with one, two and three delays; we’ve used it on comms — on the Killers tour to get signals between FOH and stage — and often to extend the range of Ethernet over CAT5 by tunnelling it through Optocore.