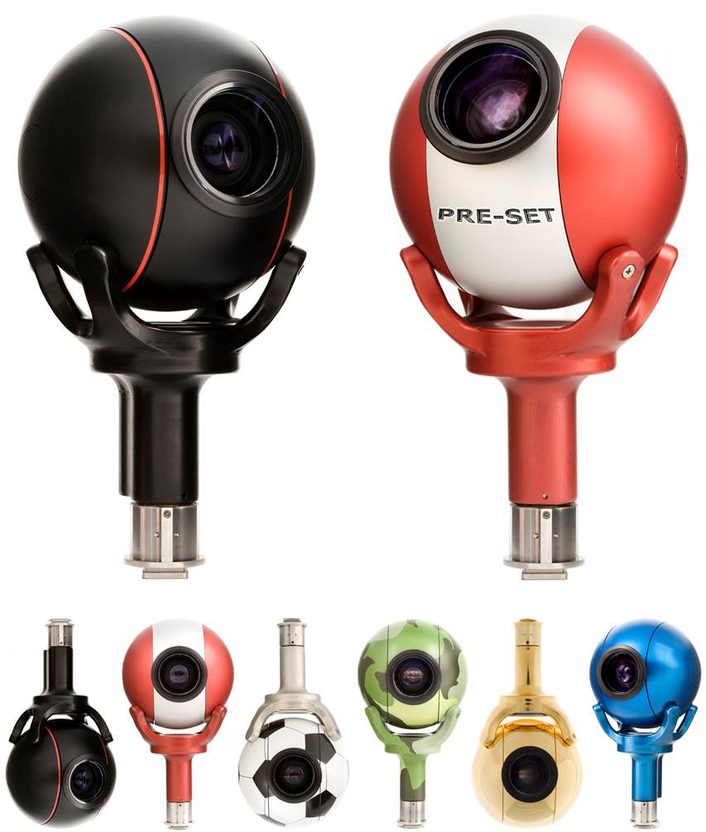 “Broadcasters worldwide are choosing our remotely controlled camera systems for studio and outdoor productions,” comments Camera Corps Sales & Project Coordinator Tim Reynolds. “Seventy-five remote systems have been shipped to Australia for the latest 'I’m a Celebrity...Get Me Out of Here!'. The increasing demand from rental companies is particularly healthy as it gives first-time users the opportunity to discover the huge advantages in production flexibility and efficiency which these systems offer.”

Q-Ball is an efficient and robust remotely-controlled camera with an internal 10x zoom optical lens. Housed in a fully-weatherproof 115 mm diameter aluminium sphere, it has smooth-accelerating pan/tilt motors which can be operated during live shots to track slow or fast-moving action.”

Recent applications have included providing broadcast coverage of the Danish parliamentary election in Denmark where Q-Ball televised the arrival of the country’s new prime minister, Helle Thorning-Schmidt, as she arrived to address a meeting of jubilant supporters. The Q-Ball systems were provided by Copenhagen-based equipment rental company Best Broadcast.

38 Q-Ball and MiniZoom cameras were purchased by Staines-based Roll to Record for use on the fourth-quarter 2011 series of Big Brother on UK Channel 5. 23 Q-Ball motorised pan/tilt cameras and 15 MiniZoom static heads are located in various positions around the house on the George Lucas stage at Elstree.

Ten Q-Ball cameras were deployed for the sixth season of Big Brother Africa, replacing dome cameras which have been employed in previous series. A Q-Ball was located in each room for use during under normal lighting conditions and with infra-red illumination to allow operation at night. The system also included two Camera Corps remote pan and tilt control units, two RCP remote camera panels, a multi-camera switcher and a combiner join the two control data streams.

The recently introduced Q-Ball Pre-Set can store up to 18 preset pan, tilt, zoom and focus positions when used with the Camera Corps PTZF switcher and joystick control unit. Q-Ball Pre-Set can be switched rapidly from one preset configuration to another quickly, precisely and quietly. Settings are stored to non-volatile memory inside the head so are retained even after power-down.

An optional optical fibre link allows Q-Ball, Q-Ball Pre-Set and MiniZoom HD/SD cameras to be operated over much longer distances than the 100 metres or so generally considered safe for copper cable. The Camera Corps link uses dual fibre to carry HD/SD-SDI from the camera to the control position plus a reverse direction feed which sends data from the controller to the camera.

Based on the site of the former Brooklands motor-racing track, Camera Corps specialises in providing high-volume support services and systems for reality television programmes as well as very large-scale sports events.