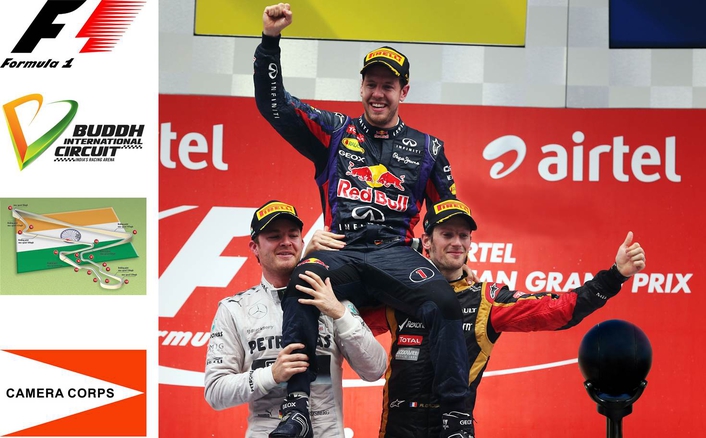 It was Vettel's sixth consecutive victory this season and makes him only the fourth man in history to win four titles in the world series. With a total of 10 wins in 16 races, Vettel could yet match Michael Schumacher's record of 13 wins in a single year. Currently driving for the Austrian Red Bull team, he now goes on to race in Abu Dhabi, the United States and Brazil. 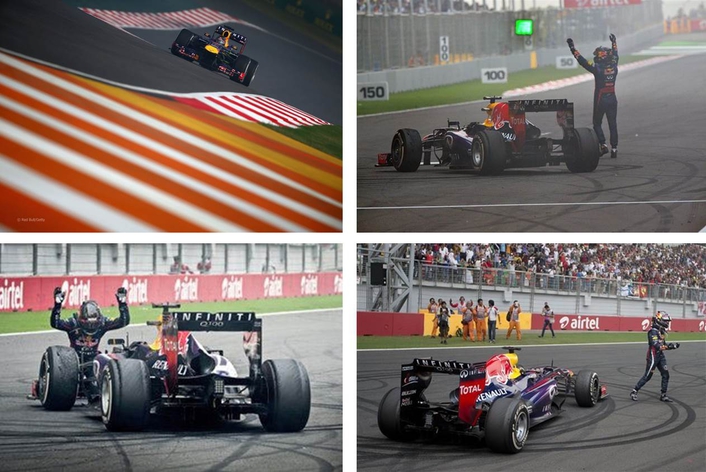 "Success breeds success," comments Shaun Glanville, Business Development Director of Camera Corps. "Our aim is to design and build remotely controlled camera systems offering the high-precision control that a driver would demand from a racing car. The images obtained from Q-Ball cameras by many of the world's leading broadcast producers in sport, documentaries, music productions and reality television shows, prove that we have accomplished this ambitious goal and continue to do so."

Q-Ball cameras are used by broadcasters worldwide, and by the Red Bull production team itself, to generate high-quality video coverage of sports events. Other recent applications include capturing the victory celebrations at a major UK motor race this summer followed by World Series Diving in August from Boston Harbor, Massachusetts. Each Q-Ball incorporates a 10:1 zoom lens which enables the remote operator to produce wide angle and close-up shots while retaining full live-action control of pan and tilt.

Developed and produced by Camera Corps both for rental and for sale, the Q-Ball has delivered close-up video from many very high-profile broadcast events in recent years, including the BBC Proms, Summer and Winter Olympics, international football, motor racing, water sports, tennis, football and rugby. 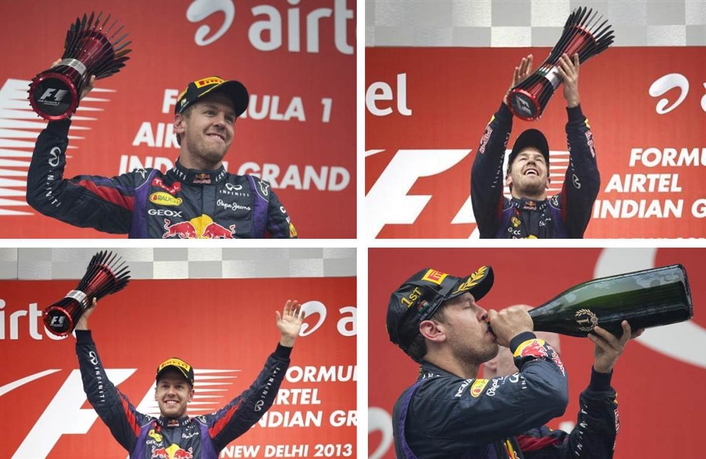 The Q-Ball head is a robust and weatherproof cast-aluminum sphere of similar diameter to a standard Compact Disc or DVD. Inside is a 1080i camera with 10:1 zoom optics plus a fully rotatable pan and tilt head. High-precision motors enable the operator to adjust the camera angle from practically any location, including smooth adjustment of vertical and lateral tracking speeds.

About Camera Corps
A Vitec Group company, Camera Corps specializes in providing high-volume support services for reality television programs as well as very large-scale sports and stage events worldwide. Based on the site of the former Brooklands motor-racing circuit near London’s Heathrow airport, Camera Corps has achieved a pre-eminent reputation for its ability to acquire exciting and unusual television content from exceptionally challenging environments.