Camera Corps Gets off to a Flying Start in 2017

The images show the main stage and the semi-concealed Camera Corps track.

"The challenge was to televise each player's entrance plus the audience reactions as contestants walked towards to the oche prior to commencing each game," details Camera Corps' commercial manager Barry Parker. "We proposed locating our recently developed low-level track behind the player’s walkway. This was fitted with an Egripment 205 remote head, Hitachi DKH-200 camera and Fujinon 12x4.5 lens. It formed an ideal solution and integrated well with the existing camera coverage. Working closely with IMG, the OB provider, set builders and the venue, our senior track engineer James Woods provided and operated an 8 metre section of track. The track was mounted at head height and semi-concealed so that all the audience could see was the camera lens. Used across the finals weekend, it proved to be a smooth, quiet and unobtrusive system providing memorable shots of players and fans as well as adding to the overall coverage both in HD 1080P and upconverted to 4K for BT Sport’s coverage."

Held on January 7-15 at the Lakeside Country Club in Surrey, the BDO 2017 World Darts Championship was broadcast free-to-air on Channel 4, with live coverage also available in 4K on BT Sport. Channel 4 showed afternoon games and the first semi-final. BT Sport showed the evening games and the second semi-final and the final was shown on both channels. Live coverage of all matches was also made available via the BDO's globally accessible YouTube channel. World number one Glen Durrant won the Championship with a 7-3 victory over Danny Noppert on a memorable night of action. Lisa Ashton was crowned women's world champion for a third time after recording a comprehensive straight sets victory over eighth seed Corrine Hammond. 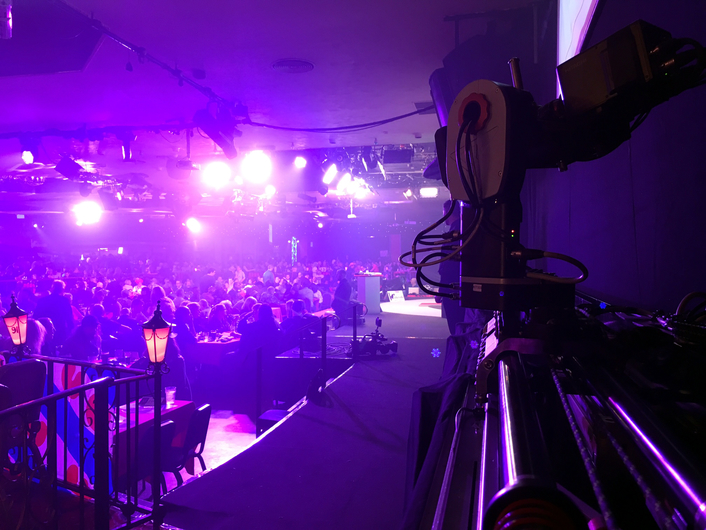 The Camera Corps equipment fleet includes HotShots, MiniShots, an array of remote specialist cameras and lenses, remote underwater systems, cranes, platforms and dollies. Equipment of Camera Corps' own design includes the iconic Q-Ball as well as many other bespoke camera systems as well as Halibut HD, Plunge Cam, HD Pod, Cricket Stump Cam and Turn Cam plus a wide range of miniature devices such a wearable cameras with the latest high-performance wireless links.