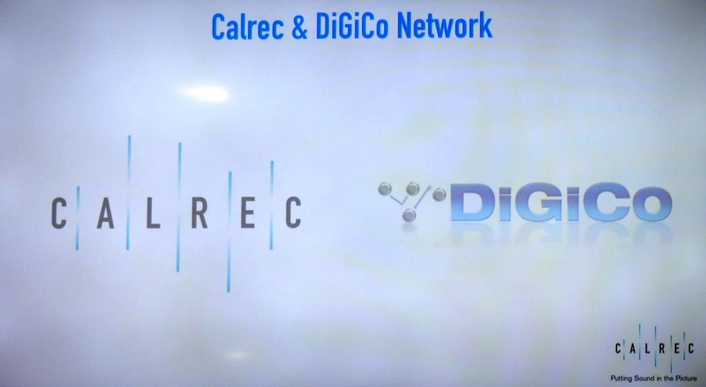 .
At the 2015 NAB Show Calrec announces the first technology release developed in conjunction with DiGiCo since the formation of the pro audio group in August 2014.

DiGiCo consoles can now integrate onto the Hydra2 network via DiGiCo's brand-new "anything in, anything out" Orange Box equipped with Calrec's new Hydra2 interface card. The Orange Box takes a variety of DiGiCo Multichannel Interface (DMI) cards that easily convert audio from one transport protocol to another. 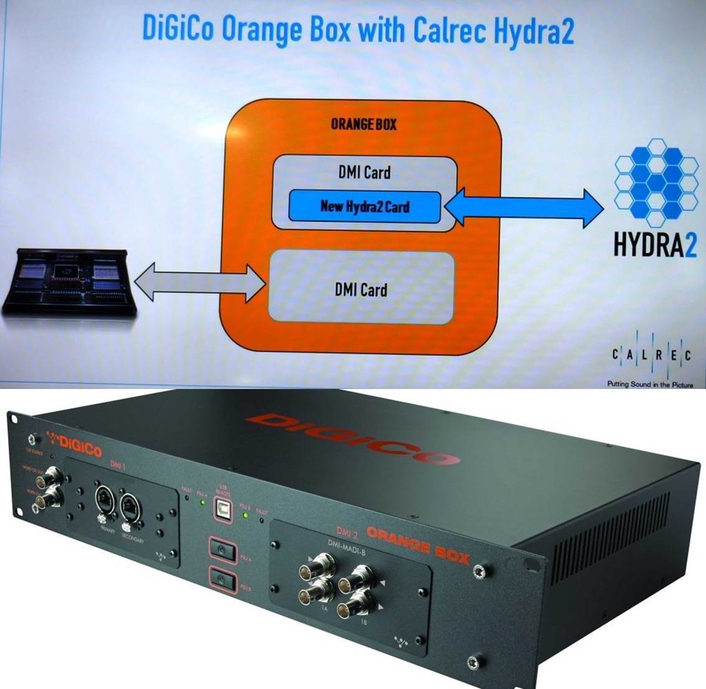 Calrec has developed an interface card that allows third-party manufacturers to integrate Hyrda2 into their equipment. In this instance, the Calrec card sits on DiGiCo's Hydra2 DMI card in the Orange Box and redundantly connects into a Hydra2 router via fiber or copper like any other Hydra2 I/O connection. A MADI DMI card also sits in the Orange Box, which in turn connects to any DiGiCo console.

The dual MADI connection allows 112 channels of audio to pass from the Hydra2 network, but provides more than just a transport system, it also gives operators added control. The link provides the ability to share labelling and control input gain along with I/O switching for phantom power and phase.

"It was evident that DiGiCo consoles are regularly used as feeder consoles to Calrec consoles in the main OBs at large sporting events, so it seemed perfect for our first collaboration to link our consoles together on the Hydra2 network," said Dave Letson, Calrec's vice president of sales. "This new development offers our customers the unique ability to have enhanced control that isn't possible with the traditional MADI systems, and to save time and money by streamlining their workflows." 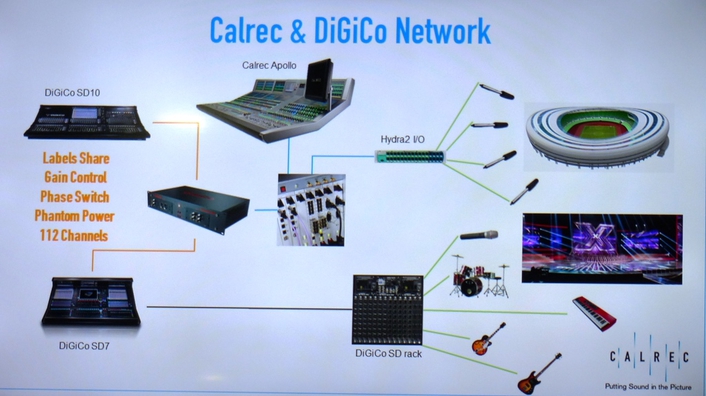 Calrec is already talking to other manufacturers about future development that will allow them to integrate their equipment onto the Hydra2 network. That development continues Calrec's agnostic interoperability drive of the past few years and offers a unique integration opportunity to third-party manufacturers of complementary products.