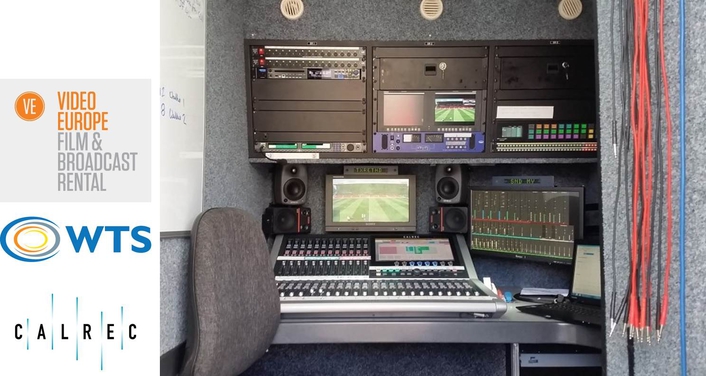 Calrec Audio's all-new Brio, the most powerful and compact digital broadcast audio console in its class, is now shipping — but not before making its broadcast debut a whole week before its official launch. Video Europe needed an early delivery of the new console for its live coverage of the season-opening match between English Football League Championship clubs Nottingham Forest and Burton Albion.

"We were absolutely bowled over by Brio. It's a fantastic product: compact, yet very robust and intuitive," said Video Europe Sound Supervisor Pete Leutner. "Brio fits perfectly into a medium-sized truck like OB5, where space is at a premium, but at the same time it delivers all of the functionality we need to handle very complex programs."

Video Europe, a film and broadcast production company based in London, chose the Brio for an audio console upgrade on OB5, its eight-camera HD OB truck. Built by broadcast systems integrator and equipment supplier WTS, OB5 has the smaller footprint required for central London productions such as film premieres, as well as Championship football and Welsh Premier League rugby matches.

"The Brio console was replacing an older existing mixer, so the close coordination with Calrec, plus the early delivery of the unit to WTS, was a huge benefit in allowing us to install and integrate it seamlessly in time for Video Europe's job," said Andy Morris, Systems Supervisor at WTS. "The initial configuration of the console was simple due to the large touch screen and intuitive and familiar user interface. 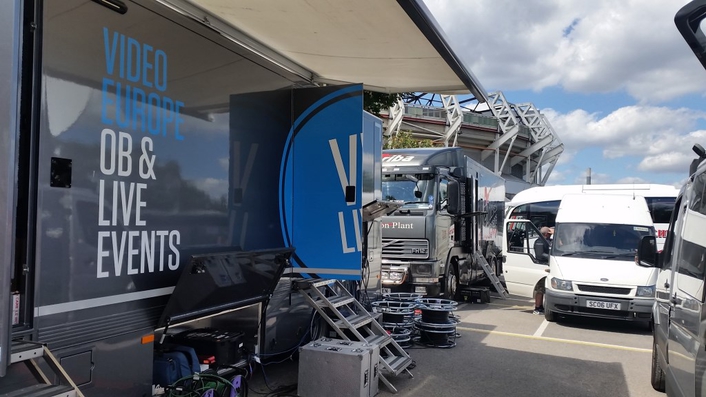 "We have always found Calrec products to be very reliable, with features and options designed to make integration straightforward. Brio appears to have the same qualities, making it a great fit for future projects of this size."

The Brio was pressed into service for the Nottingham Forest/Burton Albion match within a week of Video Europe's receiving the desk, and with only a few hours available for crew training. Even so, according to Leutner, the broadcast went off without a hitch.

"We've all had the experience of going into a new environment and having to get up to speed on equipment with little or no time for training," Leutner stated. "Brio has the same logic as Calrec's bigger Summa desk, so it has a familiar feel which allowed us to get into our comfort zone quickly. Brio not only has the full functionality we've come to expect from Calrec, but it's extremely fast and easy to configure for routing, EQ, dynamics, and all of the other important sound functions we need."

Since Brio's debut at the 2016 NAB Show in April, Calrec has sold the ground-breaking new console into Europe, the Americas, Asia, and the Middle East — a reflection of its comprehensive broadcast feature set and appeal to a wider breadth of broadcasters. 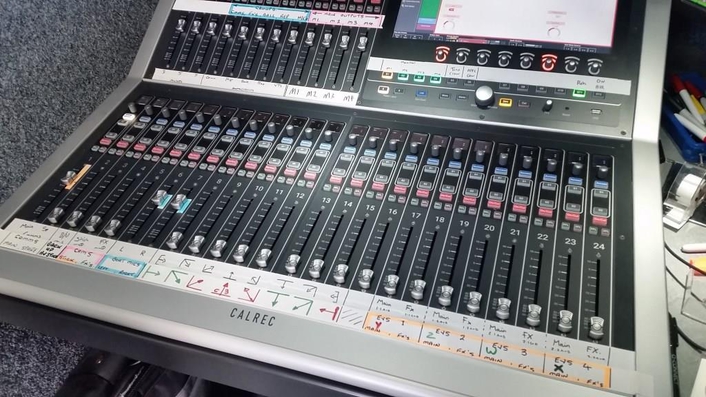 "As the market calls for more and more audio mixes to support online content, smaller consoles that possess pure live-broadcast features are increasingly desirable. Products in this sector have traditionally had basic capabilities and are not ideally suited to broadcast environments," said Calrec Vice President of Sales Dave Letson. "Brio provides something unique in its category — a mixing console completely focused on the needs of broadcasters and broadcast infrastructures.

"Providing dedicated broadcast features at a very aggressive price point, Brio is the only application-specific alternative for broadcasters who operate in this environment. And, of course, Brio is backed by the same market-leading levels of quality and customer support for which Calrec is renowned."

Calrec Audio will showcase Brio, together with several other new innovations in its product line, at IBC2016 on stand 8.C61s.