"IBC is the ideal forum to introduce our innovative new products to the European market. We first revealed these products at the NAB Show, and they were met with great enthusiasm. Alongside Brio, RP1, and our new networking interfaces, we will also launch some exciting new additions to our product range. We're not talking about them yet, but there will be more details in the run-up to the show." — Dave Letson, Vice President of Sales, Calrec Audio

The smallest in Calrec's Bluefin2 family, Brio's control surface is unlike any other. At only 892 mm wide, the dual-layer, 36-fader surface provides more faders in a given footprint than any other audio broadcast console. 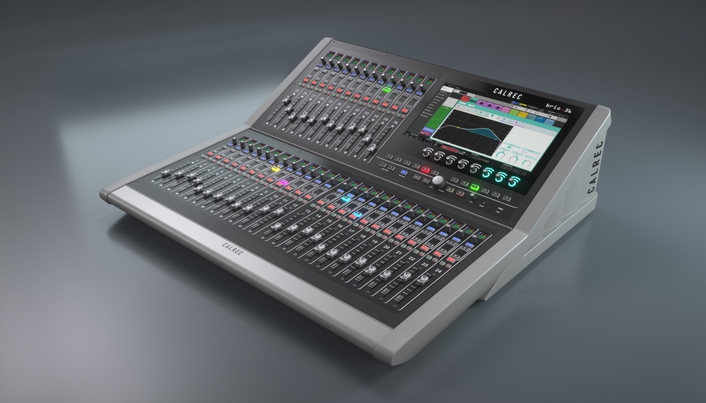 Brio is entirely self-contained, with analogue and digital I/O and GPIO built into the surface. Additional expansion I/O slots allow for further I/O integration, and fitting an available Hydra2 module makes it possible to connect to and share audio over Calrec's Hydra2 network.

Remote production offers the ability to capture a broader range of live events, such as sports, news, or regional music festivals. Broadcasters cannot always justify the time or expense of sending a dedicated outside broadcast truck and a team of skilled on-site operators for these niche events, but they must always ensure that the same high broadcast standards are met. 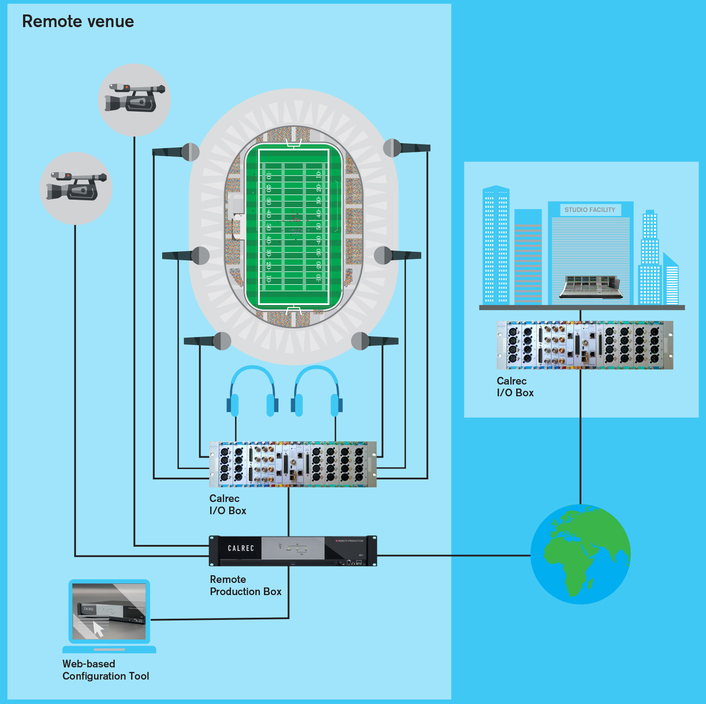 Calrec's new RP1 remote production engine is a 2U core that contains integrated, FPGA-based DSP, which enables a console surface at another facility to control all mixing functionality. The RP1 core manages all of the processing for IFB routing and remote monitor mixes, and it does so locally with no latency. This level of integration and remote control makes it simple for any remote mix engineer to set up IFB mixes and eradicates any delay for remote listeners or presenters.

The RP1 core quickly embeds audio into existing video-transport mechanisms, while its modular I/O backbone accepts any of Calrec's I/O cards. This versatility means the RP1 can connect via analogue, AES, MADI, SDI, and the latest AoIP solutions from AES67, Ravenna, Dante, and SMPTE 2022.

New Networking Interfaces
Calrec Audio will unveil a number of technologies at IBC that offer simultaneous interfacing with multiple protocols and unique and comprehensive flexibility across various audio and video standards.

Calrec will showcase four new networking interfaces, including an AES67/Ravenna interface, an AVB interface, and a modular I/O Dante card that also has AES67 compatibility. In addition, Calrec will debut a SMPTE 2022-6 video interface.

Calrec's customers can now interface with multiple protocols at the same time. For example, a signal can be received via AES67 and then sent out via SMPTE 2022, AVB, Ravenna, Dante, or AES67. Signal processing takes place via modular cards or 1-U boxes.

Each signal also benefits from the management facilities inherent in Hydra2. This benefit is especially powerful in remote environments where multiple trucks are connected. It means that different units can operate across multiple formats in the field, and Calrec always has them covered.

Offering this range of interfaces reinforces Calrec's stance in the ongoing debate surrounding the future of audio transport protocols. Having a suite of solutions to choose from means broadcasters can be confident that they'll have Calrec's support no matter which combination of formats they use — both now and in the future.

Calrec Audio is exclusively dedicated to excellence in audio mixing for on-air and live production.
A broadcast specialist for more than 50 years, Calrec has developed a range of digital consoles relied on by the world's most successful broadcasters.
For putting sound in the picture, broadcasters put their trust in Calrec.