Calrec goes full throttle with V8 at the NAB2017 Show 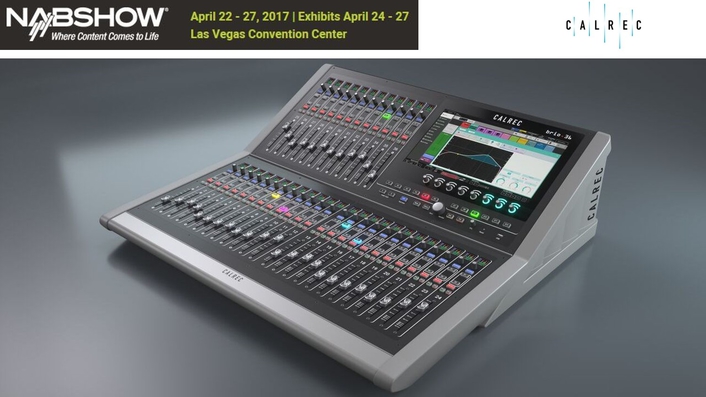 Calrec Audio puts broadcasters firmly in the driving seat with its latest V8 software features, together with new Brio enhancements, at the 2017 NAB Show. V8 introduces a number of powerful developments across the Calrec product range, including improved RP1 support, switchable 96-kHz or 48-kHz sample rates, and further integration of Calrec's AoIP interface.

"V8 is really an evolution, a progressive suite of tools that supports broadcasters into their next phase of IP development," said Dave Letson, Calrec's vice president of sales. "With remote production and AoIP rapidly becoming a reality for many, V8 allows Calrec's users to progress confidently into the next era. This, combined with higher-resolution audio, ensures that all bases are covered going forward."

In addition, the new V8 software integrates Brio on the Hydra2 network, allowing the console's on-board resources to be available to all other networked resources.

Brio also receives some powerful new features. Users gain stereo- and 5.1-path spill leg access and independence controls. A second compressor/limiter is also available with single- or 3-band options on all channels, groups, and mains, giving users even greater control. The expander/gate in the dynamics section now includes a ducker, complete with a selectable sidechain source that allows the gain reduction to be keyed from audio on any other mono path on the surface.

Brio can now operate at multiple sample rates too, with options of 44.1, 48, 88.2, or 96 kHz — all without any DSP sacrifices. Brio's processing capacity remains the same at any sample rate.

"Brio has been met by great acclaim across the globe," Letson added. "The new features and networking capability further strengthen Brio's position as the most powerful broadcast console in its class."

About Calrec Audio Ltd.
Calrec Audio is exclusively dedicated to excellence in audio mixing for on-air and live production.

A broadcast specialist for more than 50 years, Calrec has developed a range of digital consoles relied on by the world's most successful broadcasters.

For putting sound in the picture, broadcasters put their trust in Calrec.