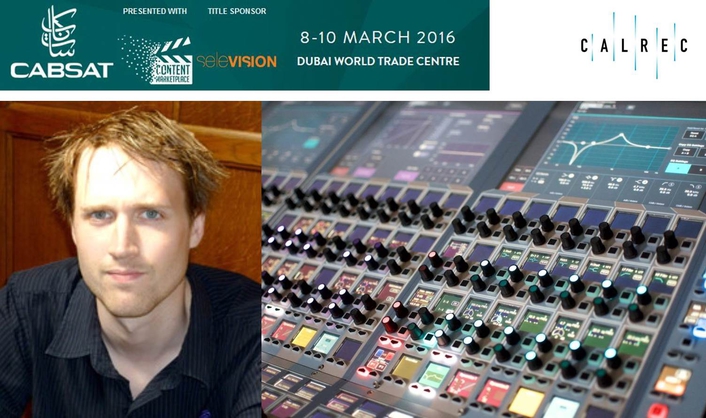 "This year we are sharing our CABSAT stand with our sister company, DiGiCo, and demonstrating how DiGiCo consoles can easily integrate onto Calrec's Hydra2 network using a Hydra2 interface card in DiGiCo's 'anything in, anything out' Orange Box. The Orange Box takes a variety of DiGiCo Multichannel Interface cards that easily convert audio from one transport protocol to another. This easy connectivity is of real benefit to many of our customers, operators, and partners in the Middle Eastern, African, and South Asian markets, and CABSAT is the perfect forum for meeting those people and strengthening those relationships." — Anthony Harrison, International Sales Manager, Calrec Audio

New features include send levels on faders that allow the user to change the path level indicators on the fader to "aux send" level, admin-level protection of bus widths that are stored in the show memory for quick and easy changes, and meter highlighting when a fader is touched.

V4.0 is available for all consoles with the Concord processor upgrade. With this hardware upgrade, Calrec made significant performance improvements in order to facilitate the many new features.

Company Overview:
Calrec Audio is exclusively dedicated to excellence in audio mixing for on-air and live production.
A broadcast specialist for 50 years, Calrec has developed a range of digital consoles relied on by the world's most successful broadcasters.
For putting sound in the picture, broadcasters put their trust in Calrec.