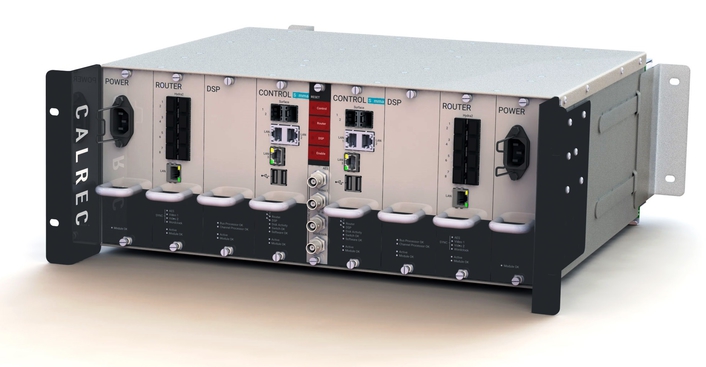 Summa Processor Rack
Calrec Audio today announced two new developments in the company's product range. The first is a 4U console core with a new look. Benefiting from significant hardware improvements, the core is used for the Summa and Artemis Light consoles. Calrec will also display a new single-slot modular MADI card with SRC.

The new core offers many benefits over its predecessor, including improved green credentials. Not only does it have faster and more efficient processors, it now operates with 5 percent lower power consumption and fewer fans, which are more easily accessible for maintenance. The new fans also have automatic speed control and ambient temperature-sensing, which enable them to run 8 decibels quieter at 25 degrees Celsius. There is even less noise at lower temperatures, and the fans operate at lower, less noticeable frequencies.

The new rack's cleaner design has clearer status LEDs and labelling, with the added functionality of the Control Processor LAN sockets being independently configurable via the user interface. This provides simpler configuration of third-party controllers such as Calrec's Assist.

Also being announced is a single-slot modular MADI card that fits into the 3U modular Hydra2 box. Not only does the new card offer 64 bidirectional channels, but it also includes a sample-rate converter. 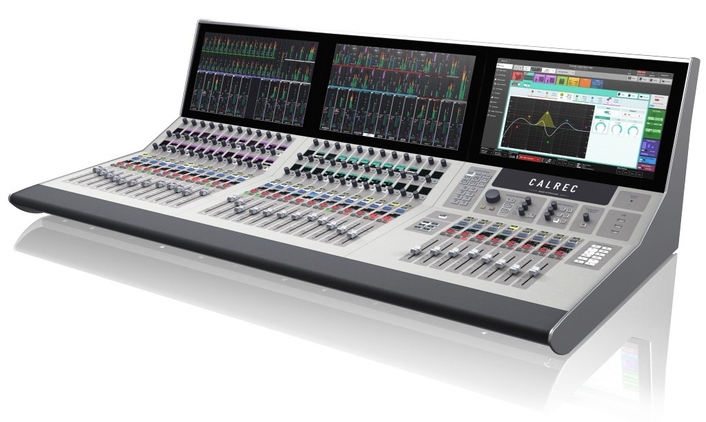 "Calrec continues to design and develop new products that meet the changing needs of broadcasters," said Jim Green, Calrec's U.K. sales manager. "We have made these improvements to our console core and designed the MADI card to meet the high standards of quality and innovation that our customers expect from us."

About Calrec Audio Ltd.Calrec Audio is exclusively dedicated to excellence in audio mixing for on-air and live production. A broadcast specialist for 50 years, Calrec has developed a range of digital consoles relied on by the world's most successful broadcasters. For putting sound in the picture, broadcasters put their trust in Calrec.