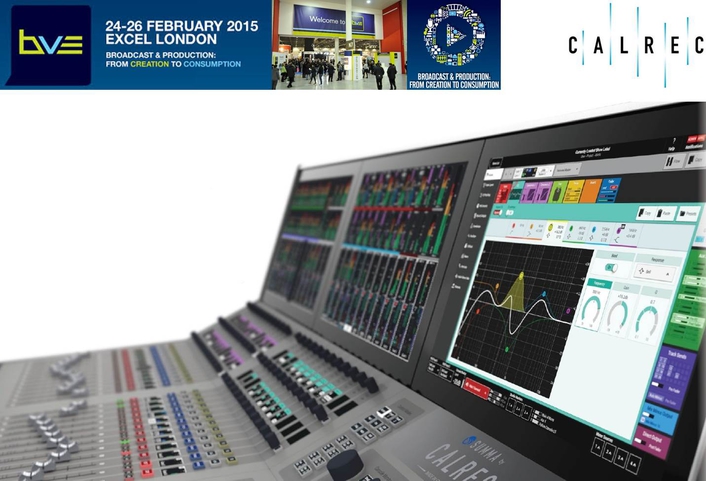 .
"BVE gives us the opportunity to demonstrate new technology and features to some of our longest-standing customers. Not only can we show them what we have developed but it is a forum for us to listen to our customers' thoughts in order to provide the market with products that meet the changing needs of live broadcasters."  — Jim Green, U.K. Sales Manager, Calrec Audio

New Dante Interface
At BVE 2015 Calrec will showcase its Dante interface, which works in conjunction with Hydra2 across the entire range of Calrec Bluefin2 consoles.

The development gives Dante connectivity to every client on a Hydra2 network via a simple, single-width 3U interface card. This provides 64 audio input and 64 audio output channels, with connectivity via dual-redundant RJ45 Ethernet connectors on the card's front panel.

Dante is a proprietary networking technology developed by Audinate and is currently deployed across the globe to connect many different kinds of pro-audio equipment. 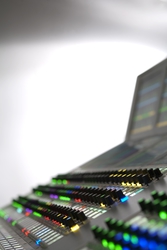 This added benefit not only streamlines the workflow to make setup configuration quicker and more efficient, but also allows the broadcaster to maximize productivity and gain maximum return in today's fast-paced environment.

Calrec Audio is exclusively dedicated to excellence in audio mixing for on-air and live production. A broadcast specialist for 50 years, Calrec has developed a range of digital consoles relied on by the world's most successful broadcasters. For putting sound in the picture, broadcasters put their trust in Calrec.