Calrec Artemis 'Lights' the way at Northwestern University in Qatar

NU-Q wanted to create a teaching environment based on the latest technologies and workflows for the benefit of its students. Its broadcast studios are sound stages that can also double as recording studios, so they had to be built to very high specs. The Artemis desk and the Hydra2 network devices give students the best possible learning experience on equipment they're most likely to encounter in their future broadcasting careers.

The NU-Q facility features six studio spaces, four control rooms, more than 25 postproduction suites, and two computer editing labs. The recently completed newsroom is the first in Qatar — even among commercial broadcast facilities — to be fully automated, with robotic systems that enable a single operator to run an entire show. The Artemis, together with a Grass Valley switcher and a ChyronHego graphics system, is controlled by a Grass Valley Ignite automated production solution. This tight integration means operators can access the full audio capabilities of the Artemis and run the desk seamlessly from the fader wings on the Ignite automation panel.

The Hydra2 system provides the audio networking infrastructure for the NU-Q facility and integrates virtually every key system. Hydra2 links the studios with the 7.1 mixing suites, connecting mixing consoles via MADI interfaces. The Evertz MAGNUM control system is also connected over Hydra2 and routes audio signals from the Artemis. And for monitoring and control, the Artemis transmits data from SNMP traps via Hydra2 to an Evertz VistaLINK system. 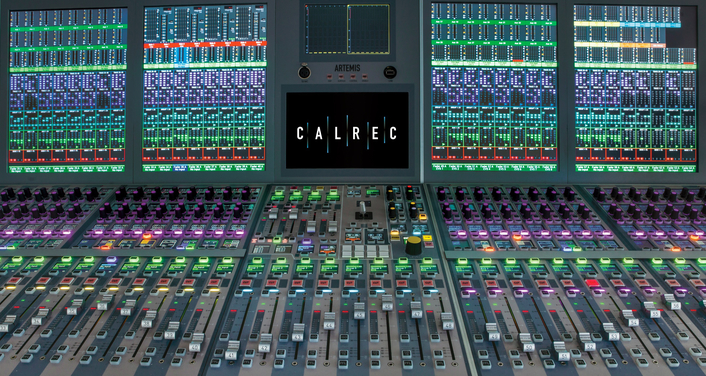 The Hydra2 system enables full and seamless integration of multiple vendors' solutions — a critical requirement for NU-Q — and it delivers the flexibility for any control room to control any studio or multiple studios. NU-Q can locate Hydra2 I/O boxes wherever they're needed to reduce cabling between studios.

Anthony Harrison, Calrec's international sales manager, commented, "The NU-Q production centre is the kind of facility that many broadcasters dream of, a true showcase of the cutting edge in robotics, automation, and integration. It's so advanced that it has received acclaim from some of the biggest names in the industry, including Al Jazeera and Pinewood Studios.

"And yet, the NU-Q facility has no broadcast output and is completely dedicated to student education. This lack of output makes the NU-Q facility truly unique, a tremendous role model for other universities dedicated to preparing their broadcast and media students for future professional careers. It's an honour to have our Artemis and Hydra2 systems play such an integral role in this outstanding project."