.
Calrec Audio has released a major software upgrade for its Bluefin2 range of consoles. The Apollo and Artemis platforms now include a new suite of features and enhancements that provide additional functionality tailored to the changing dynamics of modern broadcast.

"Calrec prides itself on its close working relationship with all its customers. Through conversation and feedback, we constantly update our products to suit the needs of the ever-evolving broadcast environment," said Henry Goodman, head of sales and marketing at Calrec. "Further to this, it is imperative that we hear from those who use our consoles on a daily basis as their input allows us to create more streamlined working methods for them. It is because of these conversations and regular feature releases that Calrec finds itself in the privileged market-leading position it holds today."

A major new feature is designed to protect Hydra2 sources and destinations when they are being addressed by multiple users across a network. Any user receiving a source can control mic gain, phantom power (48v), or SRC using their own input controls, but they are protected against making accidental changes that may affect the other users also receiving that same source. Users with connections to a Hydra2 destination are protected against other users' unintentional changes to their connections. This protection scheme applies to direct control of sources and destinations, as well as bulk changes made through memory recalls.

The Mic Open Systems feature is used to control external devices relative to the on-air status of a signal source. Mic Open Systems can cut or dim the feed to a loudspeaker to avoid feedback or control relays for switching purposes, such as turning on "on air" lights. There are five Mic Open Systems available on the console. 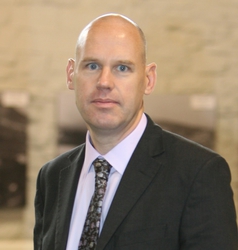 The latest software also includes loudness meters to monitor and regulate average loudness levels over the duration of a program. Operators can freely assign 16 loudness meters to any source or output, and these meters can be assigned to the console's meter upstand.

The new release also features Input 1 and 2 linking, which links the separate trim controls on each input. This capability allows users to adjust both Input 1 and Input 2 simultaneously, maintaining any offset between them.

The Replay feature allows easy switching between inputs 1 and 2 for a predetermined set of paths. This provides a quick way to play back multitrack content over the same fader paths used for recording, sometimes referred to as a virtual soundcheck. This is achieved by patching each live audio source to a path's input 1 and the corresponding recording device output to the path's input 2. All paths being used with the multitrack recorder are then added to the Replay Set, allowing their inputs to be switched between input 1 and 2 with a single button press.

Another addition to the software, User Configurable Mode Layouts are stored arrangements of modes on the surface panels. This feature is very useful if the arrangement of the surface layout has been altered and the user needs to get back to a familiar state quickly. With this new feature, the layout can now be configured, stored, and recalled to the user's specification at the touch of a button.

Rounding out the major enhancements is AWACS Messaging over SNMP, which allows broadcast facilities to manage Calrec warning messages from a central location along with other manufacturers' equipment.

Additional features include:
• Salvos — source-to-destination routing lists to allow en masse patching of I/O
• An option for opening a fader to cancel its latched PFL
• The ability to disable creation and editing of VCA groups, thus preventing accidental changes
• The ability to disable CSCP mixer remote control on a per-path basis
• An automixer disable function that allows users to disable an automixer easily without having to switch out every channel
• Enhanced compressor control features
• Cut indicators for each leg of a path on meters

The software upgrade is available now and is free for all Bluefin2 platform customers.