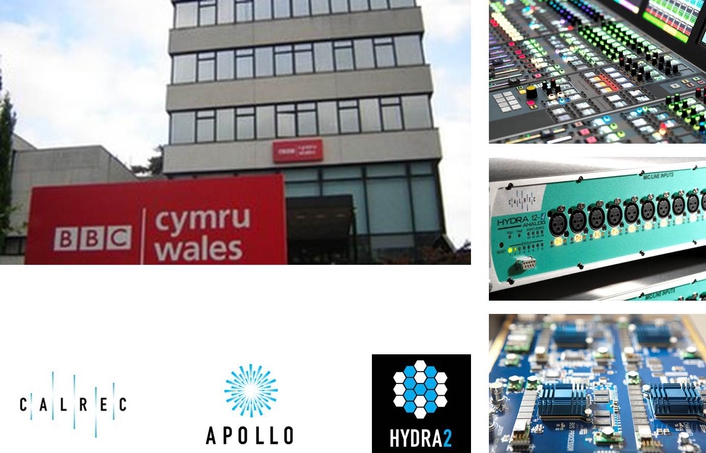 .
Calrec, a leading supplier of audio consoles for on-air and live production, announced that it has surpassed 100 installations of its Bluefin2 high-density signal-processing (HDSP) technology with a sale to BBC Wales.

BBC Wales installed a 40-fader Artemis Beam console with Hydra2 audio routing capability in a newly renovated studio at its Cardiff, Wales, facility. This is BBC Wales' second Artemis console. It joins nine other Artemis desks and one Apollo desk — all equipped with Bluefin2 — in BBC operations throughout the United Kingdom.

"Calrec manufactures high-spec products in low numbers, and we only launched Bluefin2 technology at NAB in 2009, so to sell 100 consoles in three years is a significant achievement," said Henry Goodman, head of sales and marketing at Calrec. "This milestone is an indication of the popularity and success of the current product range, and it's especially fitting that the BBC plays a role in that success because it is our longest standing customer."

Bluefin2 used in Apollo and Artemis consoles is Calrec's second-generation FPGA technology, the technology that makes HDSP possible. Calrec has pioneered HDSP in broadcast-audio consoles by incorporating FPGA into its digital signal processing, which gives Calrec consoles immense power in a small space — more than any of its competitors. Bluefin2 offers more processing power than its highly successful predecessor, Bluefin, and provides a fully future-proof solution for multichannel discrete audio mixing.

The processing power of Bluefin2, combined with Calrec products' reputation for reliability and intuitive control, has helped Calrec to achieve major market share in the U.K. and the U.S., where the company's products are regularly quoted as the standard and are installed in 70 percent of OB trucks. The consoles are popular for sporting events and have proved successful for prime time live-to-air or live-to-tape programming.

Calrec is also seeing growth in Southeast Asia, Eastern Europe, and the Middle East. The 100-installation milestone is particularly significant in those growing markets because it instills confidence in Calrec as a viable option for potential customers.