"Audio systems must meet international broadcasters' increasing demands for more versatility and integration. They must therefore give greater consideration to their networks as a whole. Our Hydra2 demo at NAB will showcase this and illustrate how efficiently those networks can be controlled." — Henry Goodman, Head of Sales and Marketing of Calrec

Hydra2 — Audio Routing System Integrated With Third-Party Demos
At NAB 2013, Calrec will showcase Hydra2's ability to interact with third-party control and production automation equipment. To give broadcasters a sense of Hydra2's potential as a networking solution, Calrec will exhibit its equipment in a scenario akin to how it would be used in an actual production environment. 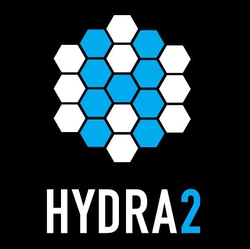 Demonstrating the Calrec Serial Protocol will be a Ross switcher emulator in conjunction with Ross Overdrive technology, which will allow for visibility into and third-party control over a number of Calrec audio console settings such as fader position, PFL and cut control for paths on faders, routing to auxes from faders, output level control for auxes, routing to mains from faders, main output level/fader control, and LB/RB input switching for paths on faders.

The SW-P-08 protocol will incorporate a third-party router panel from LSB's Virtual Studio Manager (VSM) to demonstrate remote control over input-to-output crosspoint patching. In addition to direct routing of physical inputs to outputs, it can also route to and from a console DSP via Calrec's Hydra Patchbays. 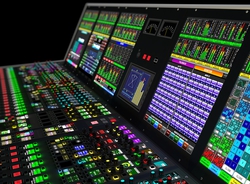 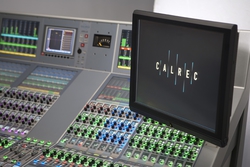 SESSION:
IEEE Ethernet AVB Standards and Their Applicability for Signal Transport in Broadcast Environments
Calrec is a member of the AVnu Alliance, an industry consortium dedicated to the development and promotion of a professional-quality streaming standard for networked audio and video content based on the IEEE 802.1 Audio Video Bridging (AVB) standards. At the 2013 NAB Show, AVnu Alliance member Henning Kaltheuner of Riedel Communications is presenting a session.

When: April 11, 12-12:30 p.m.
Where: LVCC Room S227
Who: Relevant to broadcasters using or considering the use of Ethernet network infrastructures, and the potential of using Ethernet for signal transport in broadcast infrastructures.

Company Overview:
Calrec Audio, part of D&M Holdings Inc., is exclusively dedicated to excellence in audio mixing for on-air and live production. A broadcast specialist for more than 35 years, Calrec has developed a range of digital and analog consoles relied on by the world's most successful broadcasters. For putting sound in the picture, broadcasters put their trust in Calrec.