Calling the Tune Since 100 Years 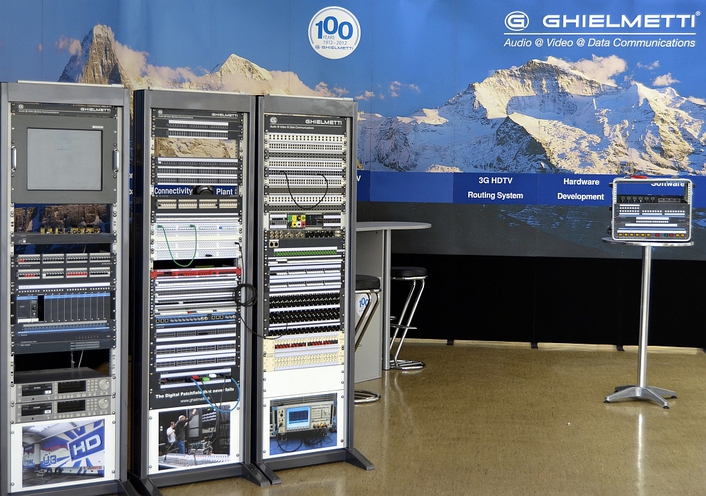 Ghielmetti Inc. in Biberist grew up to become one of the world leading providers in Audio, Video and Data communication
The company, founded in 1912 by Franz Ghielmetti and Emil Zbinden in Berne, has not only been able to assert itself on the market, but also improved its position to become one of the wolrdwide leading providers of Audio- and Video System solutions as well as of Industrial Automation.

Custom and standard made solutions are Ghielmetti's strong points. Ghielmetti is not only engaged in the broadcasting sector, but is also offering solutions and products for Theatres, Opera Houses, Sound and Video Recording Studios.

Furthermore Ghielmetti concentrates on a second business division for industrial electronic devices and installations, describes Hans Peter Schwaninger, owner and General Manager of the company.A look at a selected list of references shows that Ghielmetti succeeded in achieving a prestigeous reputation. Technical devices have been successfully installed in The Royal Opera House in London, the Teatro alla Scala in Milan and the KKL in Luzern along with many others.

Branch in Germany
Ghielmetti has a branch in Luckenwalde Germany, situated south of Berlin. During 100 years of activity, Ghielmetti has established a worldwide operating network. Among the customers are renowned TV and Radio stations as CNN, BBC, SRG, ORF, RAI, TF1/2& 3, as well as Deutsche Welle.

The target of Ghielmetti is to develop sophisticated new products every year, and to bring them onto the market. «Our models are reliable, of outstanding quality, tested , well proven and to be used in international business», says Ho Koong, sales engineer and Spokesman of the company. Ghielmetti places greatemphasis on the development of first class products and of the highest quality standards. 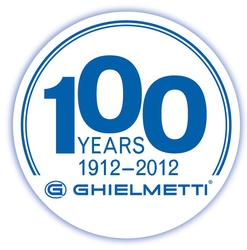 Expecting further growth
At the beginning 100 years ago, Ghielmetti started with the production of time switches, control and time relays. The first sales office in Paris has been opened in 1952. Two years later Ghielmetti entererd in the new business segment of electronics. 1970 the company started with the development and production of paper tape readers. One year later Ghielmetti moved into a new building in Biberist, and for the first time in its history the company realised complete Audio installations for Broadcasting, Radio, Concert Halles and Theatres in 1996.

Due to this on-going innovation and new product development Ghielmetti faces the future with confidence.and maintains the intention to keep being a world leader in their core area. «Ghielmetti will continue to grow and make sure, to keep being a reliable partner for its customers in the future» says Hans Peter Schwaninger. The Centenary Anniversary will be duly celebrated and it will be an entertaining day assures Koong Ho.

An «open house day» will be organized on 23rd of June 2012, from 11 a.m. to 4 p.m. In the evening around 130 international guests will be attending the show, and enjoy as final act, the concert of blues guitarist Philipp Fankhauser.

Pioneer in the audio sector
Ghielmetti was founded in 1912 by Franz Ghielmetti. The company is considered a pioneer in the audio sector. During the years the company has specialized on different ranges. On one hand audio, video, multimedia and data communication, on the other hand industrial electronic device manufacturing. Ghielmetti focusses on know-how and reliability and already combines innovative ideas and concepts with tradition, offering communication Technology and the accompanying services from one single source.

A Technology Trio at the Opera
GHIELMETTI Presents the G... Monitoring System at AES
NewsCam HD-SNG