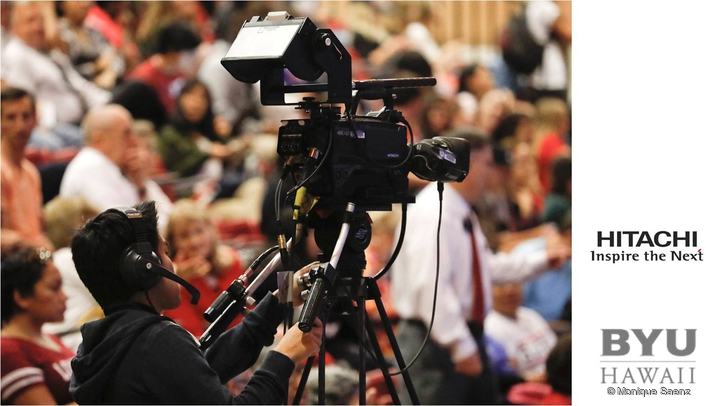 Cameras’ multi-format flexibility, affordability and ease of use let university shoot and archive in 4K today, while preparing for full 4K workflows in the future

Situated on the island of Oahu in Laie, Hawaii, BYU-Hawaii hosts approximately 2,500 undergraduate students who represent over 70 different countries and cultures. At BYU-Hawaii’s Media Production Center (MPC), staff and students produce programming for use both within and beyond the 100-acre campus. Internal productions range from recruiting videos to the live, campus-wide broadcast of the university’s weekly devotional on topics relevant to the LDS Church. Original programs including educational shows, documentaries and live BYU-Hawaii Seasider volleyball and basketball games are broadcast on BYU Television, reaching more than 53 million U.S. households via cable and satellite, plus a global audience through its website, Roku channel and mobile apps.

With BYU-Hawaii’s six-year-old HD cameras due for replacement in the university’s equipment cycle, they turned to the added resolution of 4K Ultra HD to future-proof their content for subsequent workflow upgrades. “We are frequently asked by the Church or within the university to bring back historical footage, so the quality of our archives is very important,” said Brenn Nakamitsu, MPC field production manager at BYU-Hawaii. “The future of our footage all starts with the camera, so capturing and archiving it in 4K today will enable us to make the best use of it later when we move to full 4K production.”

Very satisfied with the performance and reliability of the university’s earlier HD HITACHI cameras, BYU-Hawaii looked again to Hitachi Kokusai for their move to Ultra HD and found a great fit. “The SK-UHD4000s gave us 4K at a price that fit our budget, while providing the same rich features we had in HD,” said Nakamitsu. “Their ability to directly use standard B4-mount bayonet lenses was also a significant benefit, as it allowed us to get started with 4K using our existing HD lenses until we have the budget to replace those too.”

The multi-format flexibility of the SK-UHD4000s has proven ideal for BYU-Hawaii’s transition from HD to 4K. “For now, we’re continuing to shoot HD for sports, but for bigger events such as the inauguration of our university president, we shoot 4K,” explained Nakamitsu. “The camera system’s concurrent output capabilities and built-in down-conversion let us archive in 4K while simultaneously broadcasting in HD.”

Used for projects both in-studio and in the field, the SK-UHD4000 cameras are connected over the campus’ fiber infrastructure to CU-UHD4000 camera control units (CCUs) in the centrally-located studio control room, with 4K footage archived to Atomos Shogun standalone recorders directly from the CCUs. The cameras and accessories were supplied by Utah-based reseller RIA Corporation. 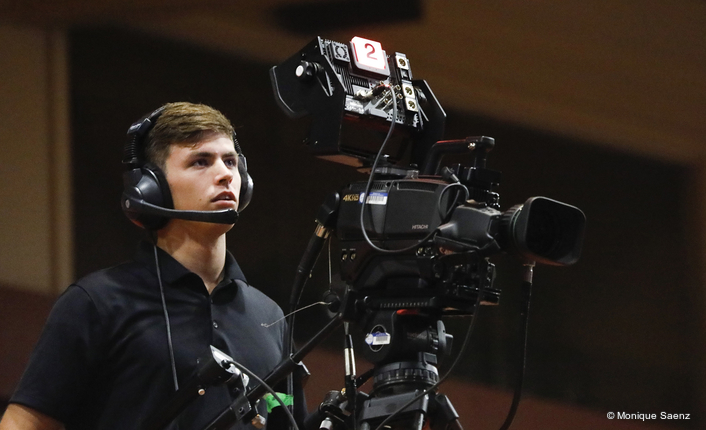 Building on the outstanding picture quality that HITACHI cameras are renowned for, the move to 4K acquisition with the SK-UHD4000s has further elevated BYU-Hawaii’s visual results. “We can definitely see the difference when we shoot 4K, even when we’re using our older lenses,” said Nakamitsu. “In some cases, we’re still using old SD lenses, not even HD, and we still get great quality.”

Staff familiarity with operating HD HITACHI cameras made the transition to the 4K models straightforward, but the SK-UHD4000’s ease of use is delivering ongoing benefits even for new users. “90% of our crew members are students gaining valuable work experience in broadcast production, which results in high turnover each year as they graduate,” said Nakamitsu. “The HITACHI cameras’ short learning curve minimizes training requirements, and they’re simple enough to operate that we can quickly trust the students to use them.”

Nakamitsu’s satisfaction with the new cameras extends to accessories such as the HDF-700H color LCD viewfinders, and is bound to grow even further as BYU-Hawaii transitions the rest of its production workflow to 4K. “The SK-UHD4000s have met or exceeded all of our expectations, and we look forward to realizing even more of their benefits when we move our remaining equipment and infrastructure to 4K Ultra HD too,” he concluded.