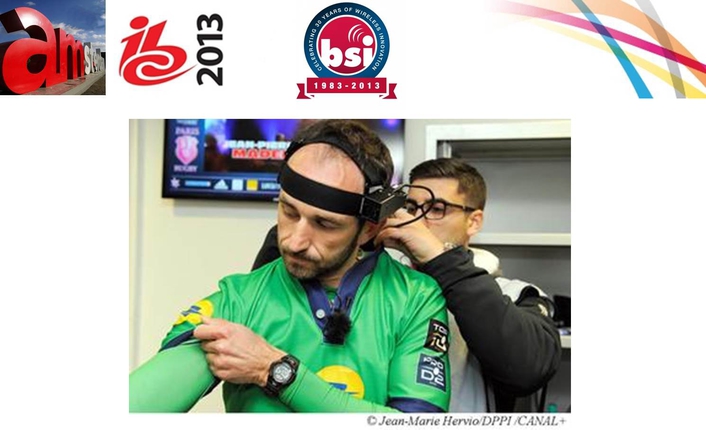 At IBC 2013, the Broadcast Sports, Inc. (BSI) booth was full of activity as the company introduced several new technologies to the global television broadcasting industry. Broadcast Sports, Inc. is a leading provider of RF broadcast technology, and their new Real Freedom product line is the first product in the company’s 30-year history that will be available for purchase.

Real Freedom is a next generation wireless camera system that offers up to 1080p/60 resolution and 10-bit, 4:2:2 sampling. It also features H.264 encoding and DVB-T2 modulation. BSI will be demonstrating Real Freedom in a variety of ways in their booth. 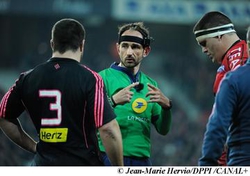 BSI’s Ref Cam System, which made its debut earlier this year at a Stade Francais vs. Toulon rugby match, will also be on display in the company’s booth at IBC. The Ref Cam features 1080i resolution and full remote control capability, including iris and paint functions. High quality images from the camera can be incorporated in real time into a live broadcast production, giving viewers a first-person view of what the referee sees during the game. The components are mounted on the referee using a customized vest and head strap or eyeglasses configuration and the system takes less than two minutes to set up. It can be adjusted in numerous ways to suit the needs of the production team and maximize the comfort of the wearer.

BSI showed their new integrated wireless Hitachi SKHD 1200 camera at IBC. The system enables seamless wireless operation, including remote camera control, of the Hitachi in 3G HD-SDI. It will eventually be capable of 1080p/60 resolution and 10-bit, 4:2:2 sampling.

Real Freedom is a next generation wireless camera system