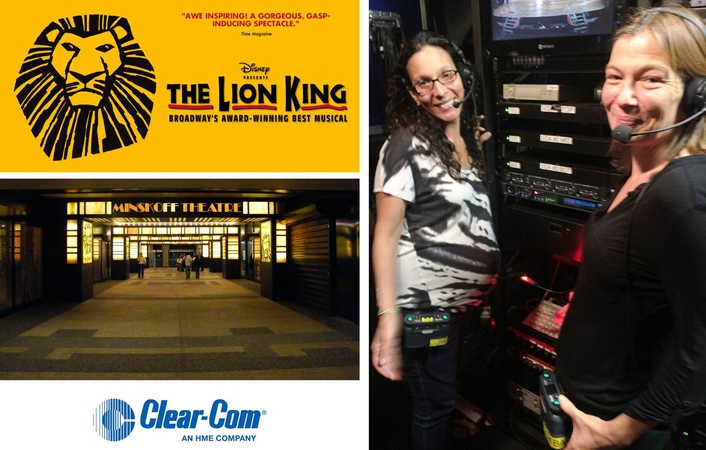 Clear-Com®, a global leader in real-time communication solutions and services, has helped the Broadway production of The Lion King improve its wireless intercom communications through the installation of the DECT-based, FreeSpeak II wireless intercom solution. The installation and configuration was performed by Sound Associates, Inc. of New York City, The Lion King’s sound department and an authorized Clear-Com dealer; with the assistance of the Clear-Com team.

Now in its 18th year, the Tony Award®-winning Best Musical, The Lion King, opened at Broadway’s New Amsterdam Theatre in 1997 and has been playing at The Minskoff Theatre since 2006. The production originally launched using a Clear-Com SB-440 four-channel wired intercom interfaced to a third-party UHF wireless intercom, which has now been replaced with the Clear-Com FreeSpeak II. 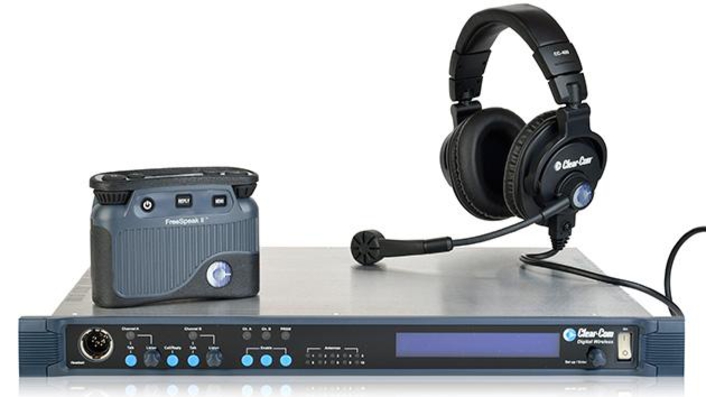 The Lion King is currently using 16 FreeSpeak II wireless beltpacks. It has been able to add additional beltpacks for its backstage staff due to the system’s exceptional capacity and scalability.

Previous to this upgrade, the production used 85-90 channels of UHF-based radios for wireless intercom backstage coordination and performers’ wireless microphones. Due to the number of RF channels and the theatre’s location in Times Square, where there is a tremendous amount of wireless traffic congestion, the stage managers and crew frequently experienced signal drop-outs, interference, and intermodulation noise during the run of the show. This was particularly challenging for the Lion King team, given the need for many of the performers to enter on cue from the rear of the theatre.

“Our previous UHF wireless intercom didn’t provide enough coverage in passageways to the lobby and the lobby area,” said Alain Van Achte, Head of The Lion King’s Sound Department. “After distributing antennas throughout the theatre and placing one in the lobby, our stage managers can wander about, confident that they will always stay connected. Deploying FreeSpeak II has also freed up frequency space within the UHF band, allowing the signals between remaining UHF devices to operate flawlessly. 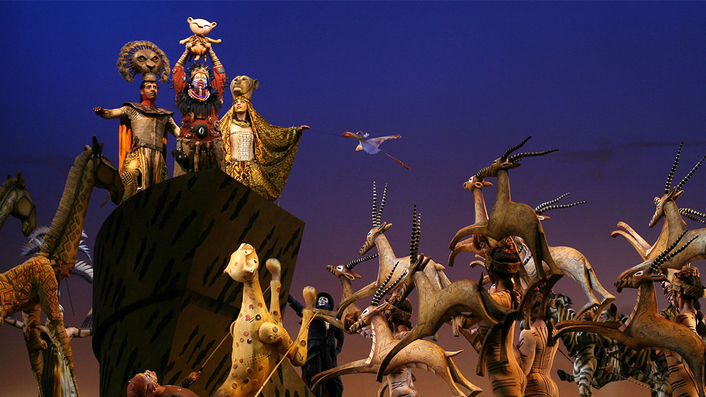 “Because it operates in the 1.921-1.928GHz bands in the U.S., FreeSpeak II doesn’t compete for UHF space,” said James Schaller, Regional Sales Manager at Clear-Com. As a result, productions that use FreeSpeak II in conjunction with UHF wireless systems enjoy better performance from their UHF systems.
“A noisy, unreliable wireless intercom frustrates and fatigues our staff, generates complaints, and hurts morale,” added Van Achte. “The amazing thing is how quiet the FreeSpeak II audio is; with a good set of properly-sealed headsets, you can really hear what’s being said during the show – wherever you may be. The FreeSpeak II is definitely making our lives easier, and our backstage crew happier.”

About Clear-Com®
Clear-Com, an HME company, is a trusted global provider of professional real-time communications solutions and services since 1968. We innovate market proven technologies that link people together through wired and wireless systems.
Clear-Com was first to market portable wired and wireless intercom systems for live performances. Since then, our history of technological advancements and innovations has delivered significant improvements to the way people collaborate in professional settings where real-time communication matters. For the markets we serve -- broadcast, live performance, live events, sports, military, aerospace and government-- our communication products have consistently met the demands for high quality audio, reliability, scalability and low latency, while addressing communication requirements of varying size and complexity. Our reputation in the industry is not only based on our product achievements, but also on our consistent level of customer engagement and dedication to delivering the right solutions for specialized applications, with the expertise to make it work. Around the globe and across markets, Clear-Com’s innovations and solutions have received numerous awards and recognitions for ingenuity and impact to customers.