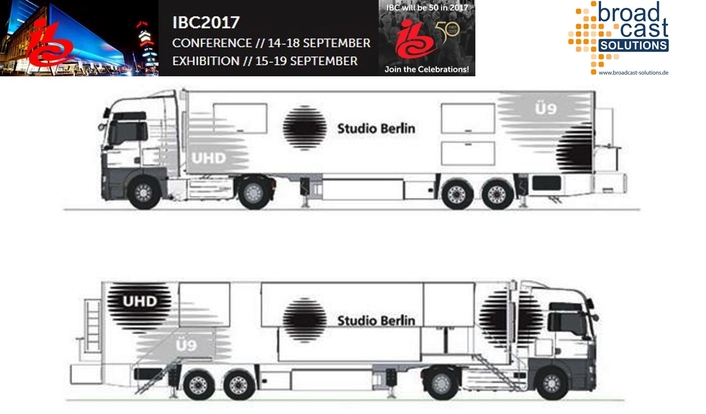 Broadcast Solutions will show its full expertise on the largest outdoor stand of the show, focusing on system integration solutions with Streamline OB Vans, studio projects, the company’s own cable manufacturing as well as Virtual Reality solutions.

On the outdoor stand we will show three Streamline OB Van units of different sizes.
A large Streamline S16 4K/UHD OB Van delivered to customer Studio Berlin. The OB Van will be one of the highlights of the stand and will – right after the show - head to Berlin for its first production, the German election, taking place September 24th. 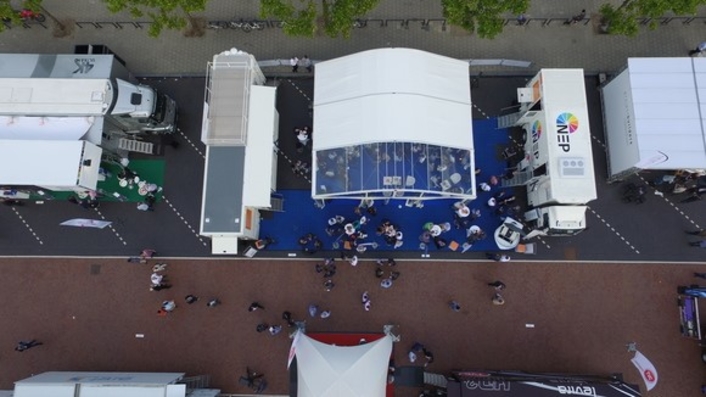 The second OB Van is a Streamline S8 the company built for NEP Europe. This is a smaller OB Van which shows in the essence very well how to build an eight camera 4K/UHD OB Van that can be used flexibly in all sorts of productions. 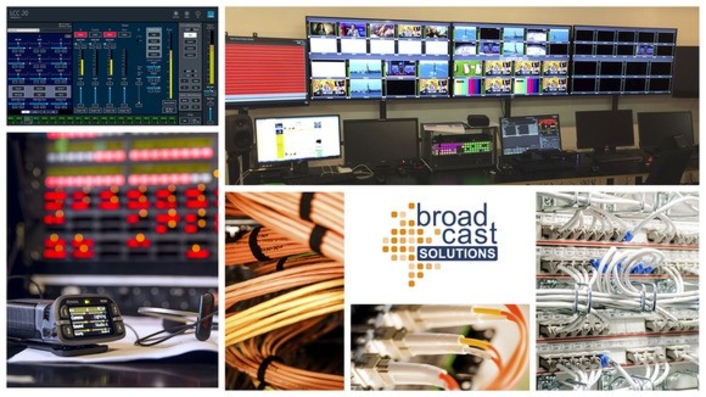 The smallest OB Van on the stand is a Streamline S4, equipped with additional SNG capability, which was on production recently at the Swimming World Championships in Budapest, deployed by host broadcaster Antenna Hungaria. 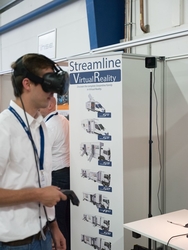 With our Virtual Reality Lab you can test a unique technology in the design and implementation of OB Vans. Used during the planning stage, developers and customers can literary experience, feel, test and change space concepts virtually one-to-one. With this fully-developed solution different ideas can be tested and compared and adjustments are made easy. The Broadcast Solutions Virtual Reality Lab increases workflow efficiency during the planning stage of an OB Van, once more pushing the envelope in OB Van design and production.