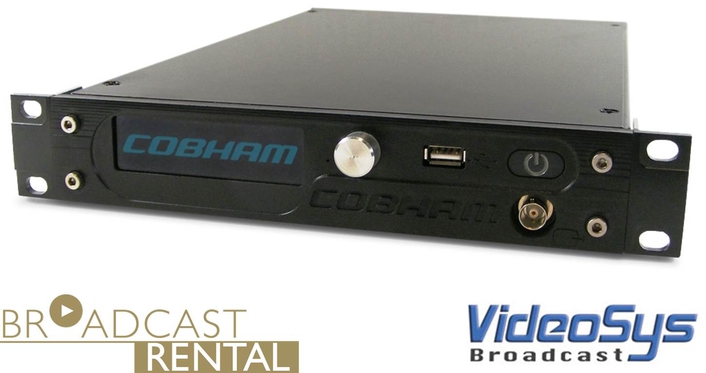 GP Slee, founder and CEO of Broadcast Rental, said, “Our portfolio of Cobham RF technology through Videosys is growing rapidly and the new receiver system introduced at IBC 2014 is an ideal addition. Videosys engineers clearly understand the need of those in the field to have the ability to decode dual channels of SD or HD in one product.”

The Cobham PRORXD has full DVB-T compatibility and enables users to deploy up to eight antennas that maintain long range reception without the reliability issues associated with steerable antennas. Because one receiver can service two cameras, the PRORXD is less cumbersome to transport. It also saves the expense of acquiring and deploying multiple receivers.

Videosys Sales Manager Alistair Horne said, “Broadcast Rental has high expectations of the equipment it provides and as their Cobham portfolio expands it is clear that they have identified Cobham and Videosys innovation and reliability as central to their growth and success.”

About Broadcast Rental
Broadcast Rental is the international full service rental house from the Netherlands, supplying the needs of professionals in the industry worldwide.

Founded in 2009 by Geert Paul Slee, in only five years time the company has evolved to one of the most valued rental companies in the business, specializing in R, systems and ultra-slowmotion technology. Recently Broadcast Rental has provided services for events such as the Coronation of King Willem Alexander, Sochi 2014 Winter Olympics, UEFA Europa League Final, World Rowing Championships and the MTV Europe Music Awards.

About Videosys
Videosys Broadcast is the UK distributor for Cobham Broadcast’s range of transmitters, receivers and antennas. The company also designs and manufactures products for the film, TV and AV industries. The core team has worked as broadcast engineers on some of the world’s biggest shows, which now translates into its products and working practices.