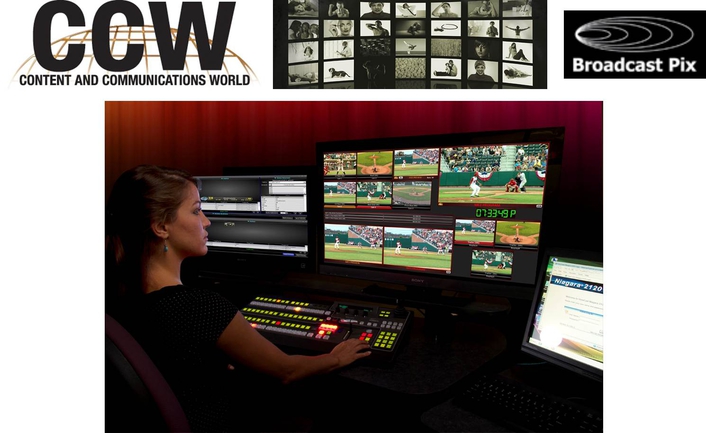 “CCW is an excellent opportunity for us to connect with our East Coast customers who weren’t able to attend the bigger shows in Las Vegas this year,” said Ken Swanton, CEO, Broadcast Pix. “For some, it will also offer their first hands-on demo of our Mica product line, which has been very well received in the industry. CCW is also a great chance to introduce our new V3.2 workflow software, which enhances five core components of our systems and makes it easier than ever to create great live video with confidence.”

Available later this year, V3.2 workflow software adds many enhancements to robotic camera control. Now, thumbnails of each robotic camera’s preset position will appear on the multi-viewer, rather than just the number of each preset, which helps with camera selection. New automatic camera follow enables the preset choices for a camera to appear as soon as the camera is selected by the switcher on preview. With enhancements to Fluent Macros, highly polished effects combining robotic cameras and other devices can now be created. Plus, manual control has been enhanced with a mode for very long throws, and control of cameras over IP, instead of just serial, greatly simplifies installation.