Brits Still Prefer to Watch Live TV, on Their TV 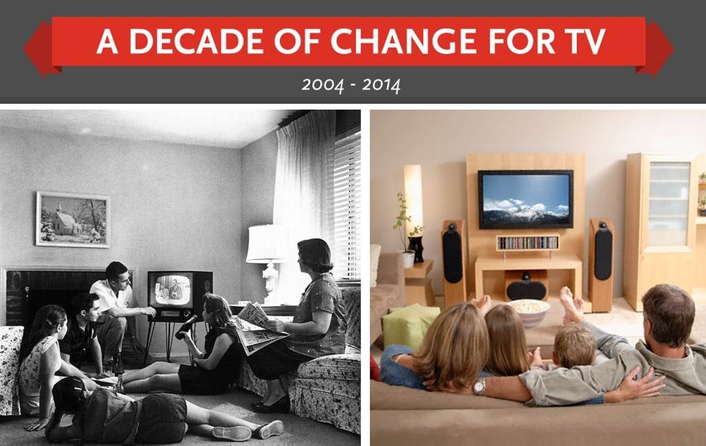 89% of people still prefer to watch TV programs on a big screen, rather than mobile, tablet or PC
Research reveals that despite the growth in TV viewing via PC, tablet and smartphones, 89 per cent of viewers still regularly use the TV to watch their content live – with 85 per cent also stating that the TV is their preferred screen.

The research from global broadcast solutions provider BroadStream Solutions, who polled a representative sample of the UK population in conjunction with YouGov, also found that 83 per cent of Brits still use the TV as a social hub for the household, opting to all watch in the same room. Although 28 per cent of people concede that they might also be on their smartphone or tablet device at the same time and 11 per cent potentially using that device to watch a different show entirely. The most solitary TV viewers can be found in Scotland, with one in ten (11 per cent) reporting that they never watch TV in the same room as family and friend, which was the highest in Britain and closely followed by watchers in Wales (10 per cent). 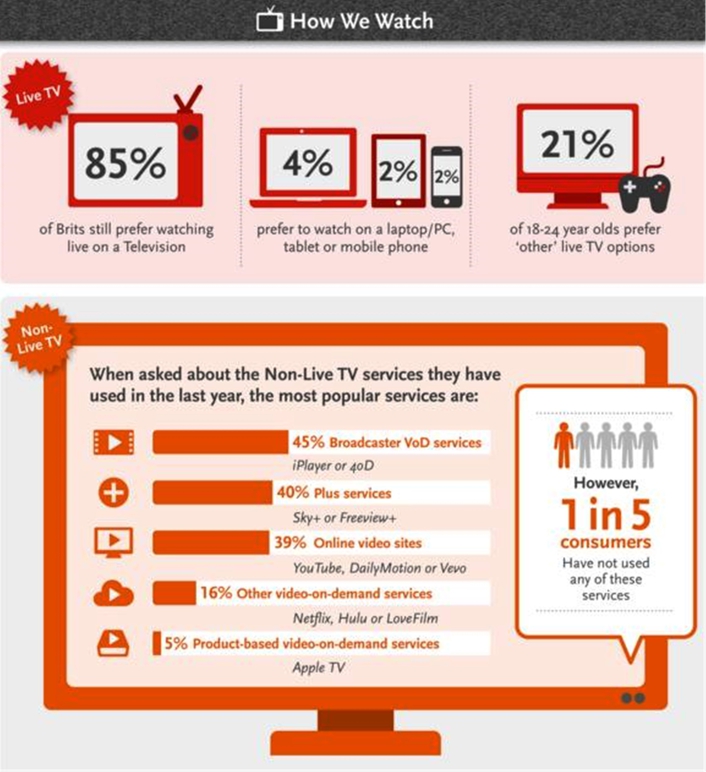 According to the data, When it comes to entertainment shows like Britain’s Got Talent, The Voice or X Factor, of those consumers that watch these programmes 81 per cent prefer to do so on TV and live rather than on catch-up or using any other device. Similarly, with sports events like the 6 Nations Rugby or Wimbledon, of those that watched these match-ups last year 88 per cent preferred to do so live and on a television. 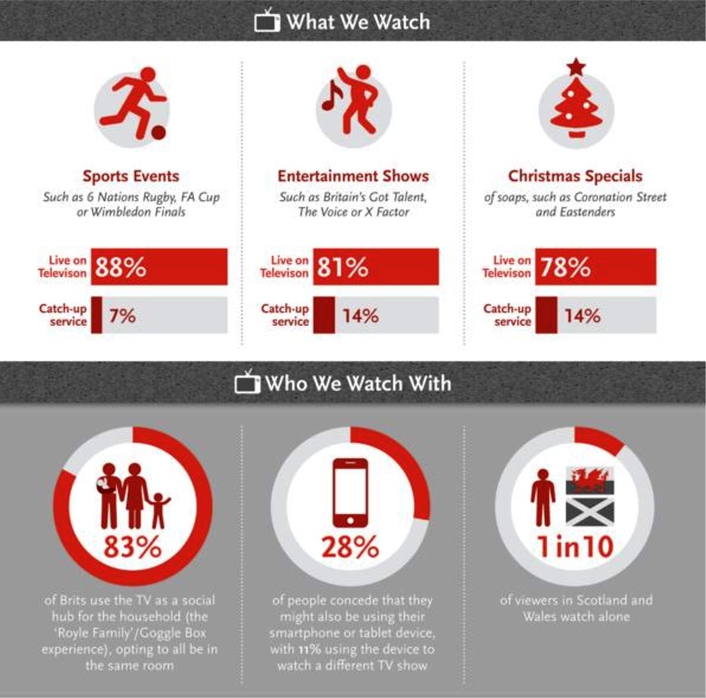 Mark Errington, CEO, BroadStream Solutions comments: “The range of services now available to consumers certainly gives them the opportunity to consume TV content in new ways, but the focal point of the living room is increasingly becoming the TV once again. It is traditional ‘live’ TV that continues to be the cornerstone of any broadcaster’s service, offering the viewer a constant reference point throughout their viewing experience. We also can’t forget that news, sport, and entertainment are all areas that people still want to watch in real-time, whether it’s in order to vote on X Factor or watch their favourite football team, these are events that simply don’t have the same impact when recorded.”

TV Viewing: Then & Now
The research also compared the live TV viewing habits of consumers in 2014 to 10 years ago, which found that over the last 10 years TV viewing has remained relatively constant, with a decline of only 5 per cent (from 94 per cent to 89 per cent). This can be explained by the impressive growth in new devices now available to consumers, including tablet and smartphone devices which both grew from less than 1 per cent in 2004 to 17 per cent and 11 per cent of consumers respectively. 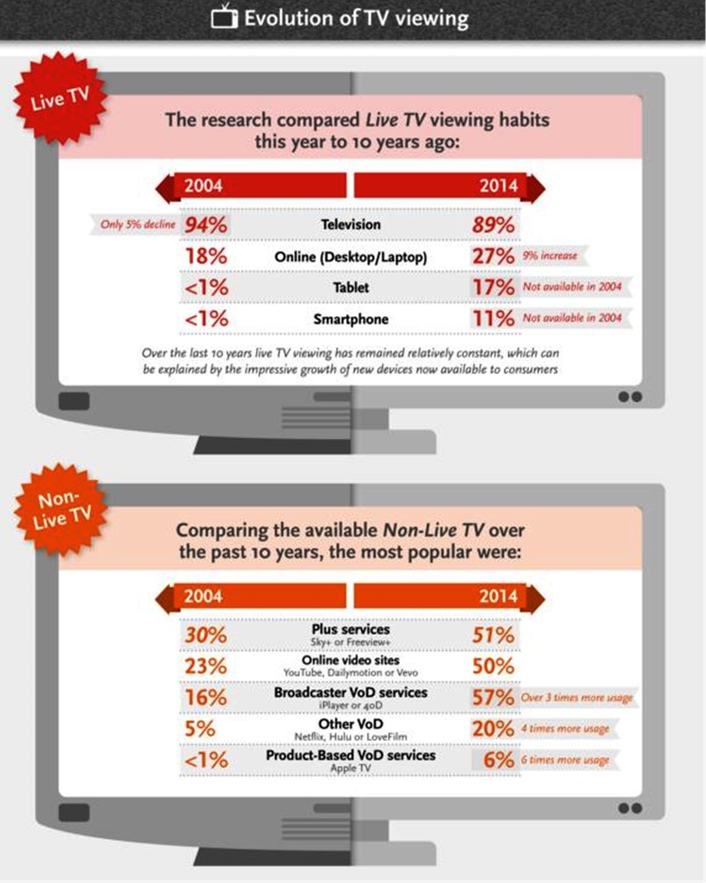 When asked about their viewing habits for non-live TV viewing – such as Plus, VoD or online video services – broadcaster-based VoD options like iPlayer and 4oD have more than trebled in usage over the last decade (from 16 per cent to 57 per cent). Other VoD services such as Netflix have also quadrupled with 1 in 5 consumers (20 per cent) having used one of these options in the last 12 months (up from 5 per cent in 2004). However, 21 per cent of consumers also stated that they have not used any type of on Demand service in the last year.

Errington adds: “Traditional, scheduled TV builds brands and is the starting point for consumers to engage with a range of other services now available to them. What many commentators continually forget is that most evolves from ‘live’ TV – consumers’ record shows from it and there is no VoD without it. This is also the primary source of cost and revenue for almost all broadcasters. While businesses like Netflix are now commissioning their own content, the bulk of the content these services offer still comes from traditional broadcasters and started life as a scheduled TV broadcast.