.
Videosys Broadcast, a leading supplier of broadcast solutions for film, television and A/V, has announced its support of UK OB specialists Cloudbass to supply onboard camera and video transmission systems for HD coverage of the 2014 British Touring Car Championship (BTCC).

The British Touring Car Championship is one of the most famous motor racing championships in the world, in which 31 drivers compete in two-litre engine versions of their road cars over 10 races at circuits around the UK each year. Established in 1958, the BTCC only trails Formula 1 and America’s NASCAR stock car series in terms of the longest history of professional motor racing.

The British Touring Car Championship is one of the most famous motor racing championships in the world. Only Formula 1 and America’s NASCAR stock car series have longer histories. The BTCC is a UK tour event in which 31 drivers compete in two-litre engine versions of their road cars over 10 races per year.

Cloudbass Head of RF Jason Naismith said, “The knowledge and first-hand experience that the Videosys team has was invaluable when working together to produce the onboard system. They understood our need to have a system that was specific to motorsport but that could be versatile and be able to be redeployed in to other situations".

The SMPTE fibre and live switching system from Videosys is one-cable solution that provides a return data path for camera control and remote DC output for a data transmitter. The ability to rig a single cable for video reception, data transmission and power is a far easier and more cost effective option than alternative methods. Moreover, menu settings and any adjustments needed on a receiver or UHF transmitter can be done from the base unit end in the MCR or OB truck. 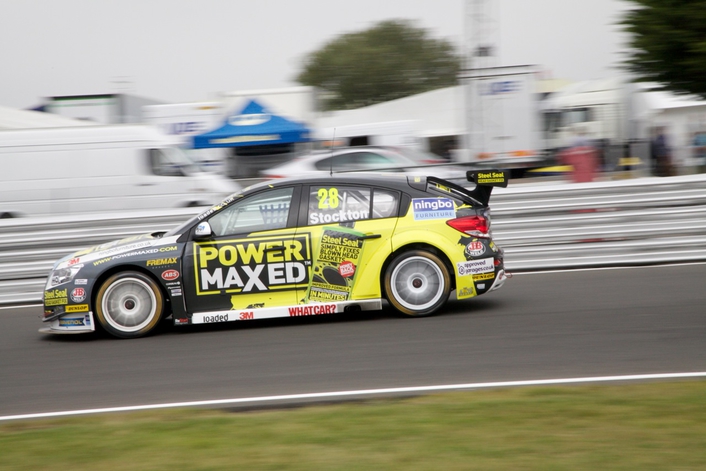 Cobham’s transmission solutions also include the Nano HD wireless transmitter that offers the same performance as the Solo 4 but in a package that makes it the smallest and lightest COFDM transmitter on the market today. The PRORXB receive unit is designed specifically for the more demanding end of the broadcast market such as live, high-action sport and ensures that video is recovered free from the distortions typically associated with fading and multipath interference.

Videosys Sales Manager Alistair Horne said, “Cobham’s technology offers incredible RF performance. Their solid build quality and signal stability – coupled with our fibre connectivity and a single receiver fed by eight antennas around the circuit - enabled us to design a radio link and camera-control system in which all onboard cameras are not only rock solid, but live switchable by the director. The cost savings over using multiple receivers with ASI switchers is massive.”