Brio puts the 'boomer' in SoonerVision 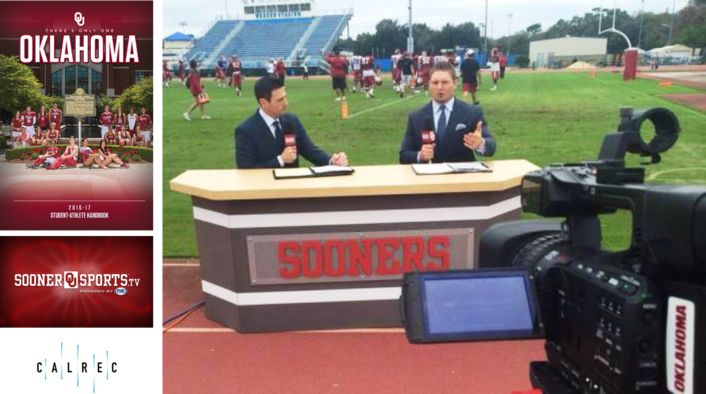 A new Brio console from Calrec Audio has joined the broadcast team at SoonerVision, the in-house video production arm of the University of Oklahoma (OU) Department of Intercollegiate Athletics. Together with a Calrec Artemis that serves as SoonerVision's main live production audio mixer, the Brio is used to produce thousands of hours of sports content annually.

From its production center on the OU campus, SoonerVision produces award-winning content for Sooner Sports TV, the university's multiplatform network covering 12 varsity sports, including football, men's and women's basketball, baseball, and gymnastics. The Artemis console provides the audio mix for up to 130 live broadcast feeds every year for a variety of FOX Sports outlets, including FOX Sports Oklahoma, FOX Sports Southwest, and FOX College Sports. The new Brio desk is installed in SoonerVision's Studio B for a broad lineup of original programming and studio productions, including coaches' shows, weekly magazine shows, and press conferences.

"Until we brought in the Artemis a few years ago, audio was the missing link in our move to all-digital operations over fiber," said Brandon Meier, assistant athletic director for broadcast operations, OU Department of Intercollegiate Athletics. "By replacing our old analog mixer, the Artemis really sealed the deal with our broadcast partners, who expect the level of technology you'd find in the most advanced broadcast truck.

"And now, the Brio takes us even farther down the road as a state-of-the-art digital operation. It delivers everything we love about the Artemis — the robust faders, the ease of use, the outstanding ergonomics of the screen layout — in a compact and cost-effective package that's perfect for the types of shows we produce in our smaller studio." 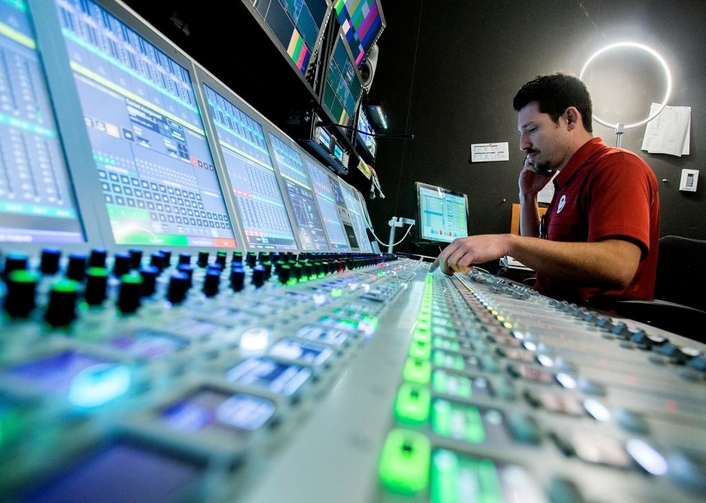 The SoonerVision production facility receives signals over a 100 percent fiber network from eight sports venues across the OU campus, including the Gaylord Family — Oklahoma Memorial Stadium, the Lloyd Noble Center, and the McCasland Field House. Calrec Hydra2 I/O devices at each venue provide seamless transport of audio signals to a central router and then the Brio or the Artemis, and the two consoles can exchange signals over a Hydra2 network.

Meier added, "With the Artemis and Brio talking to the Hydra2 field boxes and processing audio signals over a few fibers, rather than thousands of copper wires, our operation has been simplified immensely. And the Calrec desks are allowing us to do things we never dreamed of before; for instance, we can put 16 different audio sources behind a single camera feed to supply separate submixes, like submixes for radio shows that include English and Spanish tracks.

"Also, because we're giving broadcast students hands-on experience with these products, we're helping equip them for high-level jobs once they graduate. Solutions like Calrec's Artemis and Brio have helped us build a collegiate broadcast operation that rivals anything in the professional world."

Calrec Audio's U.S. regional sales manager, Dave Lewty, commented, "The University of Oklahoma is home to one of the most storied athletics programs in the U.S., so it's fitting that the OU athletic department would have a world-class video and television operation. SoonerVision's use of the Artemis and Brio is a great example of how the two desks can complement each other to provide maximum flexibility, reliability, and seamless fiber-based signal exchange in a complex production environment."