Brio goes under the Dome in Toronto 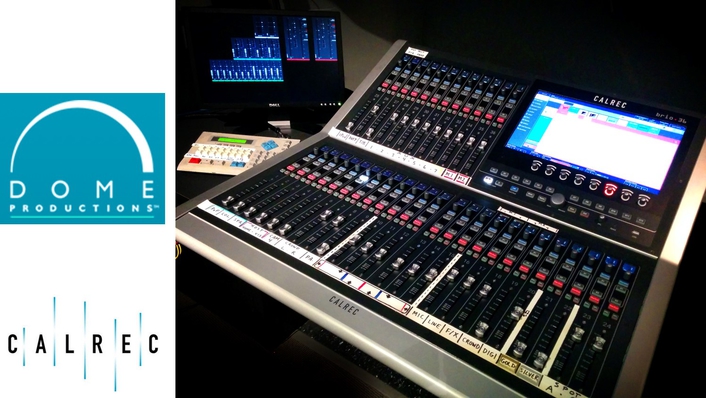 "We did evaluate other audio consoles, but one of the main reasons we chose the Brio was its extreme ease of use and our large installation of other Calrec desks," said Seann Harding, technical manager, engineering, Dome Productions. "Since our operators are already familiar with Calrec consoles, they were able to step right in and start using the Brio with minimal training and no rework.

"Also, we were very impressed that we were able to get up and running with test audio going through the Brio only an hour after taking it out of the box, and without needing any on-site support from Calrec."

The brand-new Brio replaces Dome Productions' 15-year-old previous desk, launching the company into a new era of power, flexibility, and usability in the broadcast of live sports events. Dome Productions went live with the Brio last September as part of an extensive upgrade of its main Studio95 facility, located in the Rogers Centre in downtown Toronto. Installed in the studio's control room, the Brio is used in conjunction with the mobile units for "remote-at-home"-style broadcasts.

The Brio's compatibility with the other Calrec consoles gives Dome powerful new flexibility in configuring audio mixing for various productions. As productions grow in size, Dome is able to expand the studio's capabilities simply by adding more Calrec Hydra2 Fieldboxes.

"Dome Productions has been a loyal Calrec Audio customer for almost 20 years, and it's fantastic that they've decided to continue expanding their Calrec footprint with one of the first-ever deployments of our all-new Brio," said Dave Letson, Calrec's vice president of sales. "As the most powerful and compact digital broadcast audio console in its class, Brio has allowed Dome to make a significant upgrade of its studio audio capabilities without the added expense of having to train operators."