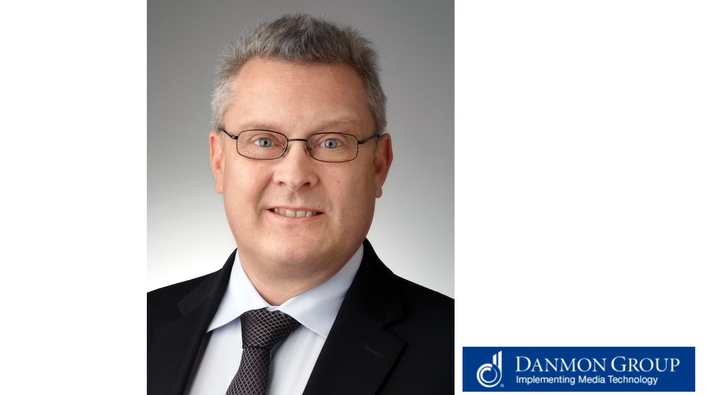 A new face at Danmon Group Systems but well known in the audio/video business, Brian began his career 33 years ago as a radio technician before joining the research and development team of Bang & Olufsen. In 1998 he joined AVIT-Systems A/S as chief technical officer, progressing in 2008 to GlobalConnect where he established and, as CTO, developed Scandinavian contribution service provider GigaContent. He has headed several major technology convergence projects for large media corporations, integrating content management networks, post-production facilities, graphics and broadcast playout systems for numerous distribution formats.

Among his most important projects was one of the world's first IP-based international contribution networks, designed to operate as customer-controlled online service. An active member of AES and SMPTE, he also takes part in EBU committee work.

"Brian combines excellent management skills with a very good understanding of the electronic communications business at its widest," comments Henning Brønnum. "He also has an open and friendly character which will serve him well with our customers and with his Danmon Group colleagues around the world. We are confident that he will sustain Danmon Group Systems as a major player in the global broadcast media systems integration industry."

"The electronic media sector is advancing very rapidly, especially with the increasing use of IP technology both in production contribution and for transmitting content direct to television viewers," Brian Slott Kristiansen adds. "IP in particular is creating many new opportunities for established broadcasters to extend their service portfolio as well as making the media business accessible for new applications."