The world’s most advanced all in one live production switcher with integrated hardware control panel and powerful features such as HDMI and SDI inputs, multiview, talkback, DVE and more!

ATEM Television Studio Pro HD combines a professional broadcast hardware control panel with a powerful 8 input switcher. It includes 4 SDI and 4 HDMI inputs, all with re-sync, so customers can connect a total of up to 8 different sources such as professional SDI broadcast cameras, consumer HDMI cameras, computers and even video game consoles.

ATEM Television Studio Pro HD is compatible with all SD and HD formats up to 1080p60 and also features two channels of analog audio in, RS-422, Ethernet and a built in IEC power supply, along with program and auxiliary outputs. Customers also get both SDI and HDMI multiview outputs so they can monitor all sources, preview and program outputs, along with labels, audio meters and more, all on a single big screen television or broadcast monitor. 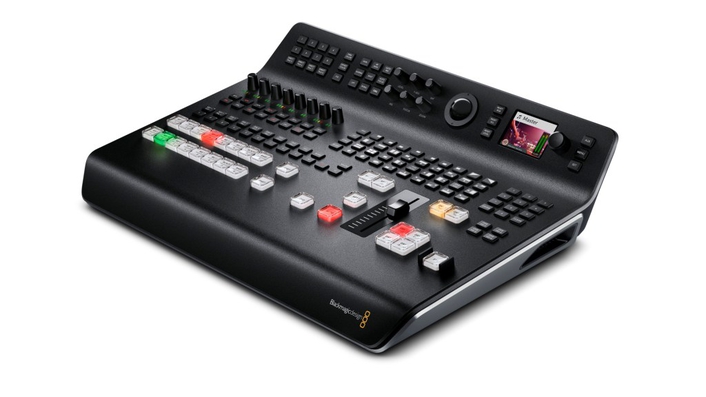 ATEM Television Studio Pro HD is perfect for everything from professional broadcast studio shows and broadcast sports, to customers working on video blogs, gaming videos, internet talk shows, weddings, concerts, seminars and more. With resynchronization on every input, switching is completely glitch free which means that customers can even use it as a front end controller for AV systems and cleanly switch between sources with the press of a button.

Featuring a portable design, ATEM Television Studio Pro HD is packed with high end broadcast features that make it possible to create an entire live switched program, complete with effects and transitions. The hardware panel features large illuminated buttons for switching between sources, along with corresponding audio buttons, one touch transition buttons, downstream keyers, fade to black, media player, cut buttons and more. There’s also a built in LCD screen for previewing source and program video, a spin knob and additional buttons for menus and to adjust settings. Customers simply press the button for the source that they want to see next in the program, then hit the cut or auto button to switch sources, add effects, or even key in graphics.

When used with Blackmagic Studio and URSA Mini cameras, customers get a complete remote control solution that includes talkback, tally, color correction, camera control and more, without having to add any additional cables or proprietary control boxes. These cameras feature a built in color corrector that can be remote controlled, making it possible to balance camera color and create unique looks, all from the control panel. In addition, customers can adjust focus and iris on compatible lenses, change camera settings, and even remote control PTZ heads. 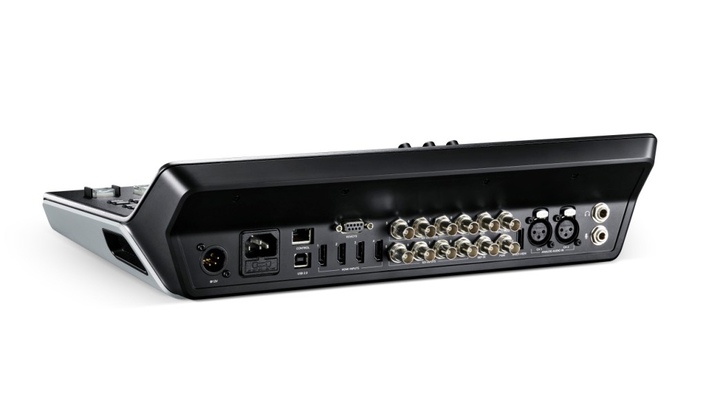 For maximum speed and flexibility in live productions, ATEM Television Studio Pro HD includes a free software control panel for Mac and Windows that allows multiple users to be connected at the same time.

That means customers can have one person switching the program while another mixes the audio and another uploads or changes graphics, while another person remotely color balances and controls the cameras.

The software control panel features an intuitive interface with different pages for switching, managing media, mixing audio, and remote controlling and color correcting cameras. The Switcher page is modeled after a physical hardware control panel making it fast and easy for customers to switch between sources, adjust transitions, add upstream and downstream keyers, and more. The Media page lets customers drag and drop up to 20 RGBA graphics into the media pool and automatically upload them to the switcher’s flash memory so they can be recalled and used in realtime during a live program. The software control also features a 10 channel audio mixer that can be used to adjust and balance levels from all inputs, including the analog audio inputs. The audio mixer displays meters, has sliders for adjusting levels, and controls for turning channels on or off, using the audio follows video feature and more.

ATEM Television Studio Pro HD gives customers true broadcast quality transitions, effects and graphics. Transitions such as mixes, wipes and dips are done by simply pressing a button on the control panel. There are 37 included transitions, giving customers massive creative options because they can customize things such as border, border color and width, position, direction and more. In addition, there’s a built in 2D DVE for adding digital video effects that can position, resize and scale live video, all in realtime. That means customers can create professional picture-in-picture effects, use DVE powered transitions like squeeze and slide between sources, or create graphic wipe transitions with their own graphics. 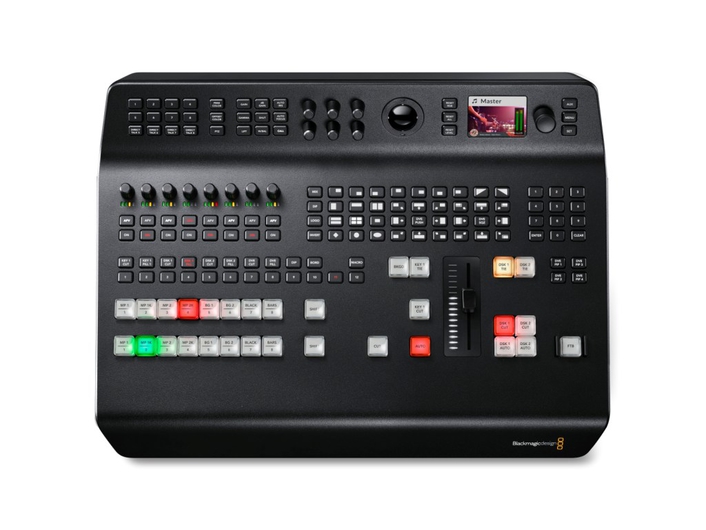 ATEM Television Studio Pro HD has a built in media pool that can store 20 graphics that can be used with the two built in media players. The media pool uses flash memory, so images are saved even after the power is turned off. That means customers can create completely custom graphics to use in their own programs. In addition, there is an upstream keyer with full chroma keying for green screen shots so customers can add weather maps, graphics, or even virtual sets. The upstream keyer works with chroma, patterns, shapes and linear keys.

ATEM Television Studio Pro HD also features 2 downstream keyers for adding graphics, logos and bugs to video. Customers can use a HyperDeck Studio Mini with ATEM Television Studio Pro HD as a source for ProRes 4:4:4:4 motion graphics files with alpha channels. That means customers can get fill and key graphics composited over live video, or they can use motion graphics with alpha as transitions between sources, all in real time.

ATEM Television Studio Pro HD also includes a built in talkback converter for SDI cameras. The talkback information is sent back to the camera via the SDI program return feed on the rarely used SDI audio channels 15 and 16. When working live with a reporter in the field, there can be a slight delay that causes them to hear themselves as an echo in their headset. ATEM Television Studio Pro HD includes a new mix minus feature that sends back all the program audio except their own voice, so they don’t hear a distracting echo of themselves while reporting. 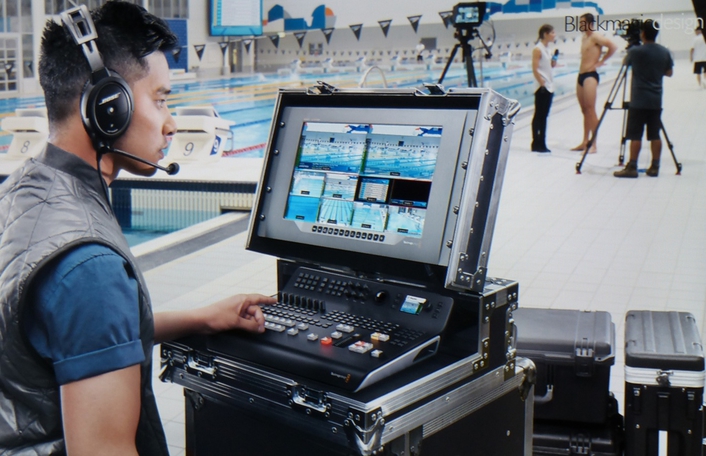 “The original ATEM Television Studio HD has been extremely popular with our customers who want a small broadcast quality switcher for live production,” said Grant Petty, Blackmagic Design CEO. “The exciting thing about our new ATEM Television Studio Pro HD is that it has all the same professional features, along with the speed of a full size 1 M/E hardware control panel for more complex, fast paced live events! When it comes to creating an entire HD program right from the switcher in real time, there simply is no faster, simpler or more affordable way to do it!”

• 1 x built in multi view for 8 sources, as well as preview and program.

• Built in DVE with borders and drop shadow.

The ATEM Television Studio Pro HD is available in May for US$2,295 from Blackmagic Design resellers worldwide.