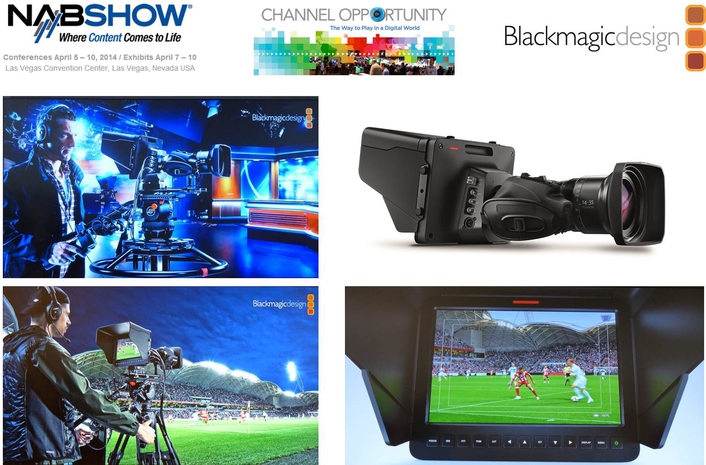 Blackmagic Studio Camera is one of the most advanced broadcast cameras for live production because it includes features specifically targeted at the requirements of live production! Currently customers often need to use cameras designed for general video production for live work and this means they don’t get features that live production demands, such as large viewfinder, talkback, tally, optical fiber and a super strong metal design.

One of the problems of cameras used in live production is small viewfinders and the Blackmagic Studio Camera includes a massive 10 inch screen that allows incredible creativity when framing and accurately focussing. The viewfinder’s LCD is extremely bright and has a very wide viewing angle so it is perfect for use even in direct sunlight. The camera also includes a large fold up sun shield making it perfect for outdoor use and the sun shade also acts as a privacy shield when in use.
The Blackmagic Studio Camera features an active Micro Four Thirds lens mount that is compatible with an incredibly wide range of lenses and adapters. This allows customers to use high quality photo lenses for smaller setups or fixed camera use, and then use high end broadcast ENG lenses for large live broadcasts using an MFT to B4 lens mount adapter. This means customers can start out with a more  affordable setup based on photo lenses and then move to larger but more expensive ENG lenses as they grow their business. 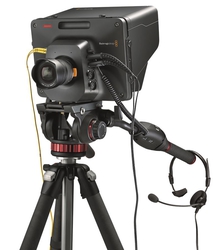 The Blackmagic Studio Camera includes a built in fiber optic connection, allowing customers to get the many advantages of long lengths and small size and weight of optical fiber for a single thin tether cable to connect cameras to your live production switchers. The optical fiber connection is bi-directional and carries HD or Ultra HD video with embedded audio, talkback, tally and even camera remote control. The built in talkback allows the camera operator and crew to communicate at all times during production using commonly available and very robust general aviation headsets for better quality talkback with better noise canceling at a much lower cost.
The Blackmagic Studio Camera supports the tally SDI standard used on the ATEM range of live production switchers and tally lights illuminate automatically with a light on the front for talent, and a light above the viewfinder for the operator, making it easy for the cast and crew to see which cameras are on air. To allow independent operation with only a single optical fiber cable, the Blackmagic Studio Camera also includes a massive 4 hour battery that means the camera has enough power for use on long live productions as well as setup time before the event starts. The operator side control panel allows instant access to focus, iris and on screen menu settings. On screen menus are overlaid on the viewfinder and slide on and off as needed.

“I have dreamed of a camera perfectly designed for live production for a long time”, said Grant Petty, CEO, Blackmagic Design, “When we looked at how we would design a camera for live production what really surprised us was how small we could make it, but then the viewfinder would also become small. We did not want a small viewfinder, we wanted a very large viewfinder and so we ended up with this amazing camera that’s incredibly tiny, but then the viewfinder is incredibly large. It’s really a dream to operate a camera with such a large viewfinder and it’s amazing the detail in focus and framing that’s available to the operator! I totally love this camera and it’s my dream product!”

Camera Shading via the ATEM Switcher 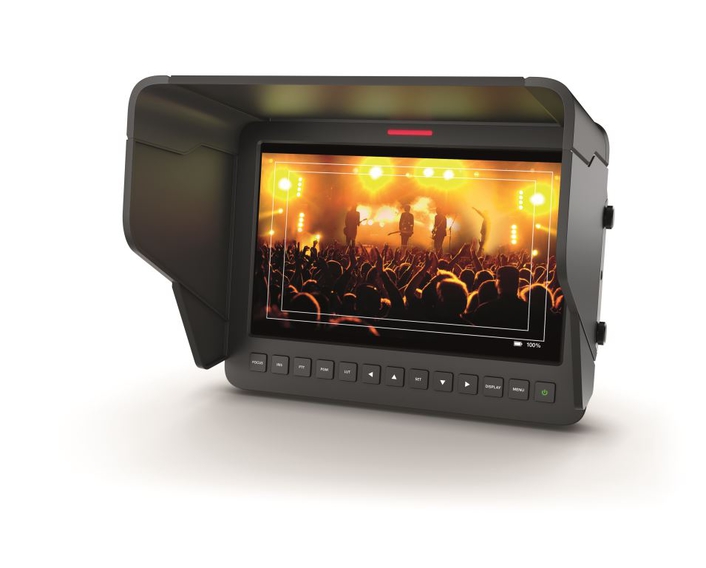