Big Weekend for AURUS and NEXUS 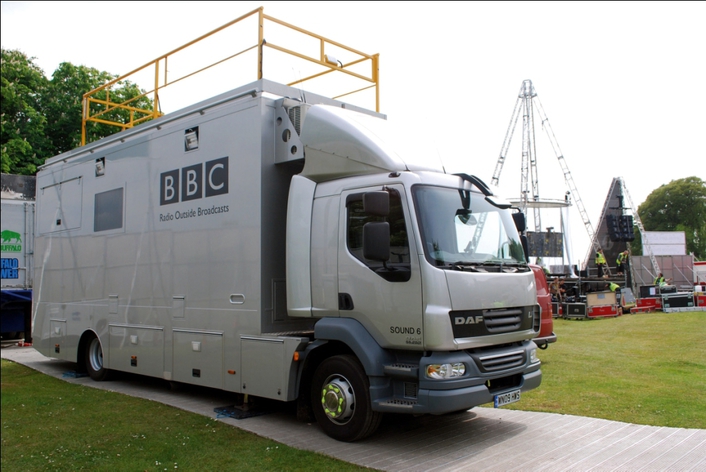 BBC Radio Outside Broadcast Truck
Trucks from BBC Radio Outside Broadcast’s new fleet each equipped with STAGETEC consoles or routers, hit the road recently and travelled to Bangor, Gwynedd for Radio 1’s Big Weekend, the first major British music festival of 2010. The live action, interviews and activities were covered on Radio 1, Radio 1Xtra, BBC Three and via the television Red Button.

The action took place on four stages; the Main stage with a line up that included Florence and The Machine, Rihanna, Pendulum and Cheryl Cole who flew in from the Cannes film festival to perform in front of Prince William and his girlfriend Kate Middleton. Faithless, Ellie Goulding and Crystal Castles were just a few of the acts on the In New Music We Trust stage. Both of these stages used STAGETEC NEXUS as the stage delivery system. 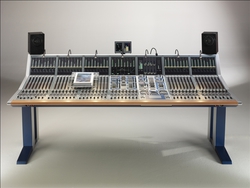 The main mix from the Dance stage, where DJs Chris Moyles and Tim Westwood went head to head and featured Tiesto, and the Live Lounge stage where Radio 1 DJ Jo Whiley presented acoustic bands and covers for her show, was handled by two STAGETEC AURUS consoles installed in two of the new General Purpose trucks. The mix was then fed to the main Hub truck near the Main stage where all the stages were brought together for transmission on Radio 1. A Sub truck was linked to the Hub truck shipping different material to Radio 1Xtra.

To reduce the workload of the Hub truck, a Central Control Room was set up next to it with a stage box from each truck to act as I/O for the whole site.The third truck tasked with looking after compliance, used a mixture of editing systems for removing the more colourful language from the material before transmission. This was then played back to the Hub truck via the AURUS and NEXUS system. 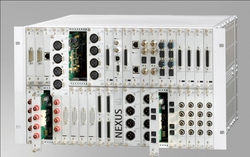 The Radio Outside Broadcast Manager for Radio 1’s Big Weekend revealed that for the event next year he wants to take advantage of the MADI capability of the STAGETEC AURUS and NEXUS system in the trucks to connect the whole site because the long cable runs and MADI’s ability to ship 64 channels of audio along one fibre saves rigging time and removes the need for a Central Control Room significantly reducing costs.

STAGETEC AURUS and NEXUS are distributed in the UK by Aspen Media Ltd. Aspen Media has been supplying audio equipment to the broadcast industry for fifteen years under the leadership of Director Chris Collings.