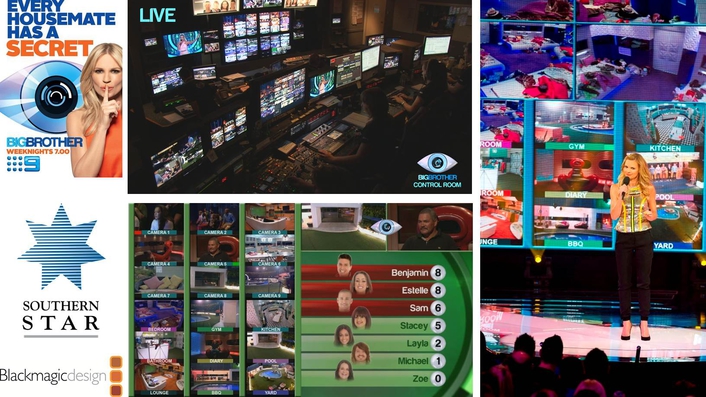 .
Blackmagic Design today announced that the hit television show Big Brother Australia is using the Blackmagic Design ATEM 2 M/E Production Switcher for its massive 26 by 14 ft. LED screen, which is the centerpiece of the main stage during its live broadcasts.

Developed by Southern Star Entertainment for Nine Network Australia and based on the international Big Brother series produced by Netherlands based television production and distribution company Endemol, Big Brother Australia follows the lives of 14 strangers living in a house sealed off from the outside world for up to 100 days. Each Monday, during the live nomination show, the housemates cast votes nominating each other for eviction. The housemates with the most nominations are then up for eviction, which is decided by viewers during the following Sunday’s live eviction show.

In order to recap the drama and help housemates and viewers with their decisions, Big Brother Australia relies on Rod Morris, managing director of Interactive Originals, and the ATEM 2 M/E Production Switcher. Rod is able to switch between pre produced graphics, such as nomination points tallys and housemate standings, live and prerecorded story lines, live footage from any of the house’s 42 cameras, and a live feed from the Big Brother Control Room using the ATEM 2 M/E Production Switcher’s 16 inputs. Rod also relies on Blackmagic Design’s DeckLink family of capture and playback cards, HyperDeck Shuttle SSD recorder to record the ATEM’s output, DVI Extender for signal routing and Blackmagic Design UpDownCross converters and Mini Converters SDI to HDMI.

“No matter how much we prepare and rehearse, the live shows are incredibly multifaceted and dynamic because of the real time action,” said Rod. “I could be playing back pre recorded footage, but have to switch to a live feed because there’s drama unfolding in the house. Then, we might need to conduct a simultaneous interview with housemates in three different locations to discuss what just happened.” 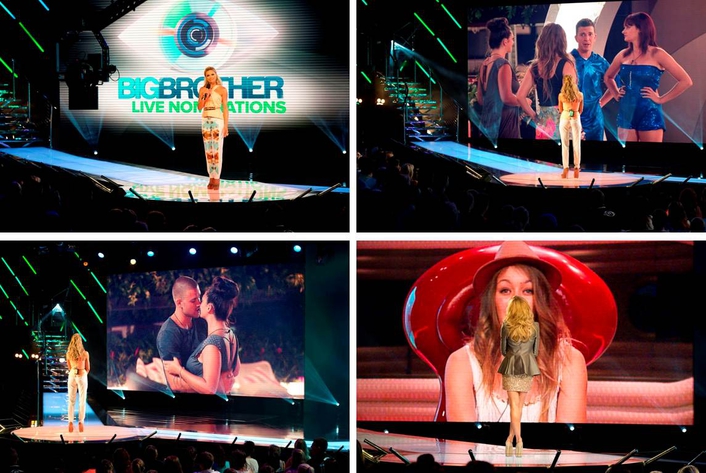 Using the ATEM’s SuperSource feature, Rod is able to incorporate multi camera interviews and picture in picture production, which is essential when host Sonia Kruger simultaneously interviews housemates in different locations. With up to four picture in picture DVEs and four keyers connected as one input, Rod is able to cut between locations and housemates with ease.

“The ATEM 2 M/E Production Switcher provides me with all the tools I need to keep the live broadcasts running and housemates and viewers engaged,” said Rod. “Many times people can’t believe what I can accomplish with so few pieces of hardware.”