BFE to Renew Ingest- and Playout Servers for ZDF 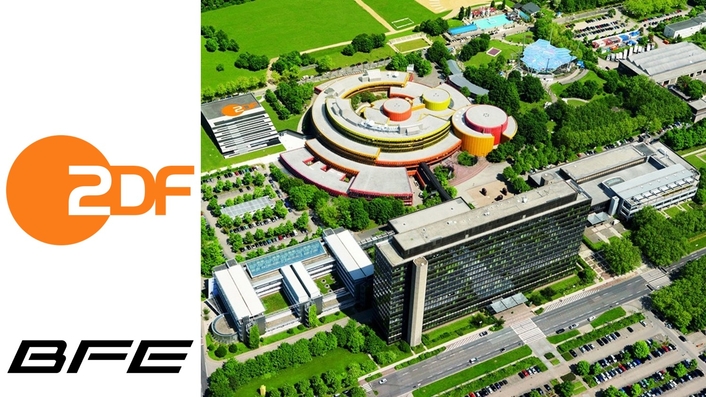 Main, backup and test playout systems in Mainz as well as a DR playout server in Berlin will be replaced with Harmonic Spectrum X components. The ingest systems will use Harmonic Spectrum X components with a Harmonic MediaGrid storage system as well as Adobe Premiere Pro Creative Cloud for editing and error correction. The new servers will be integrated in the existing Pebble Beach Automation Marina and the Avid Interplay MAM system.

With a proof of concept, BFE was able to demonstrate the performance and qualification of the offered system and thus began working on the detailed specifications in February. In this phase, BFE is collaborating with the ZDF to create a detailed migration concept, which ensures safe “on air” exchange of the video servers while maintaining the performance of the running system at any time.

Following the project handover, ZDF will rely, within a 60-month SLA contract, on BFE’s service and support competencies.

BFE Studio und Medien Systeme GmbH is a manufacturer-independent broadcast systems integrator with more than 40 years of experience in the planning and implementation of complex projects in the field of broadcast and media technology. As an expert and reliable partner, BFE supports customers in Europe, Asia, North Africa and the Middle East in the implementation of tailored solutions for their specific requirements. As a manufacturer of its own KSC product line, BFE markets control and management solutions for the professional television and radio industry. The BFE branch in Dubai Studio City supports activities in the GCC region.

The ZDF is the largest single German public-service broadcaster and one of the largest broadcasters in Europe. Together with the ARD it comprises the majority of the radio and television landscape in Germany. More than 3,600 employees work in the offices and studios in all the federal states of Germany and all over the world to provide information and entertainment to a vast number of viewers.