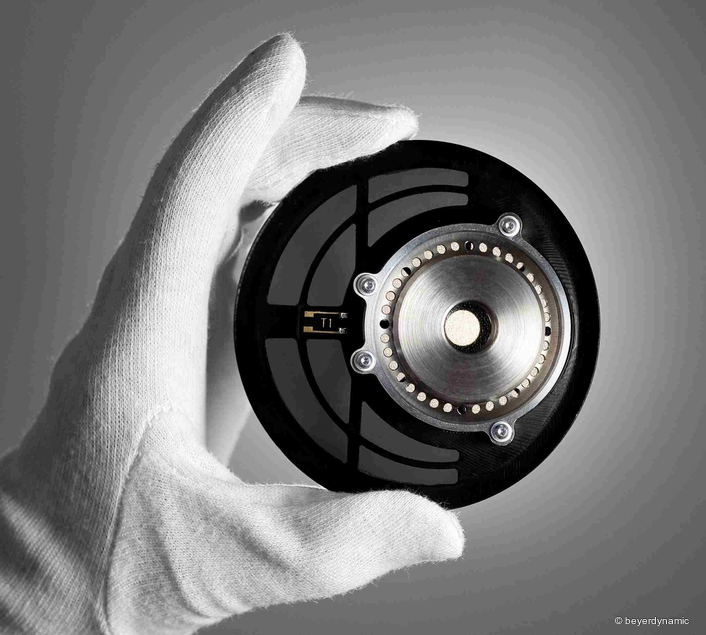 At the magical frontier of 1 tesla
All technology has its physical limits. The automotive industry is struggling with the effective range of electric vehicles as manufacturers of solar cells are looking for greater efficiency in the generation of electrical power. For headphone developers, the challenge is in the magnetic field of sound generation. To put it more precisely: at the magical frontier of 1 tesla.

With Tesla technology, the borders of feasible technology are reached

Scientists define tesla as the unit of magnetic induction or magnetic flux density in the metre-kilogram-second system (SI) of physical units and it was not until 1960 that it was named after the electrical engineer Nikola Tesla. Born in 1856 in present-day Croatia, Tesla is seen as being the grandfather of modern energy generation. With his alternating-current inventions, he made long-distance electrical power transmission possible. The fact that he is hardly known, whilst his contemporary and professional opponent Thomas Alva Edison enjoys the highest esteem, is connected with Tesla’s self-imposed objectives. Rather than commercial success, it was finding answers to ostensibly insoluble problems that fascinated him. Thus he experimented early with the wireless transfer of energy and transmitted Morse code by wireless over many kilometres years before Guglielmo Marconi Peace Prize for the invention of wireless telegraphy. 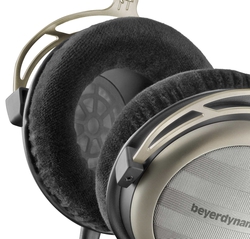 The pioneering spirit of Nikola Tesla also inspired beyerdynamic developers when it was a question of revolutionising one of the Heilbronn audio specialists core products: the headphone. The tesla unit presented them with a daily challenge, since values in excess of 1 tesla are deemed to be difficult to achieve in the construction of headphones. Here, every increase of the so-called flux density can provide immense advantages. The voice coils can be more filigreed and consequently react more quickly, while the sound generated gains precision and richness in detail. At the same time, the energy utilisation increases and the listener can play louder. 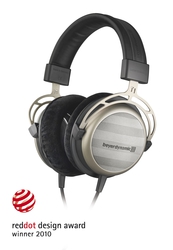 With its T 1 high-end headphones, beyerdynamic succeeded at the end of last year in achieving what many considered to be impossible: a quantum leap in terms of sound quality and audiophile sound processing. A full series of “Made in Germany” constructive measures and engineering developments provided the T 1 with a magnetic flux density of 1.2 teslas. This was over twice as much as that of previous top-of-the-range models from Heilbronn and reason enough for beyerdynamic to name the technology used after the ingenious visionary and inventor.

With the T 50 p headphones (available end of mai), conceived for mobile operation, the tesla innovations of the T 1, current winner of the red dot design award 2010, are being adopted for other models.

The company beyerdynamic GmbH & Co. at Heilbronn in Germany, develops and manufactures high-end audio products of the highest quality for a growing number of customers.
The products of the company, which was founded in 1924, acquired world fame after the Second World War: the E 1000 ribbon microphone was used on the first Beatles tour in 1966. In the 1970s and 80s, international and national musicians and bands, such as Abba, Bob Dylan and Udo Lindenberg were using beyerdynamic equipment. Today too, many international artists are successful with beyerdynamic equipment.
In recent years, beyerdynamic has produced exemplary products and technologies in the area of wireless conference technology. In 1998, the audio specialist introduced the very first wireless conference system. For over 10 years, a wireless digital conference system has made the company the technological leader globally.
To provide a targeted response to its customers’ wishes, beyerdynamic has divided its business into the following divisions: Conference (conference systems), Music & Performance (live microphones, headphones), Broadcast, Studio, Video & Production (studio microphones, professional headsets), Consumer Products (mobile and high end headphones, headsets for PC gaming) and Aviation (headsets for general aviation).