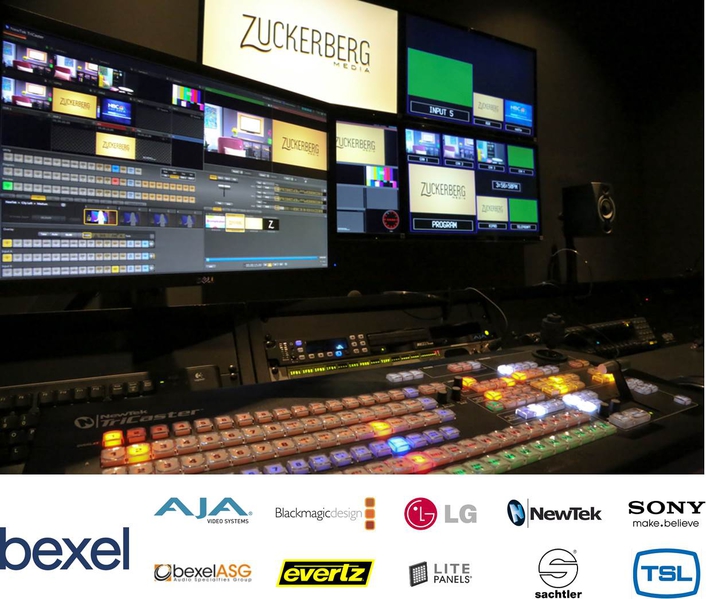 New Silicon Valley Studio Puts Foothold on Content Creation Outside of Hollywood
Bexel, a unit of the Vitec Group’s Services Division and a leading worldwide provider of broadcast services and solutions, collaborated with Zuckerberg Media on the launch of its new 12,000-square-foot production studio in Menlo Park, Calif., which recently began broadcasting original content, both live and streaming.

Zuckerberg Media, founded by CEO Randi Zuckerberg, brought Bexel onboard in the early planning stages to help design and outfit a state-of-the-art media production facility capable of broadcasting live around the world on television and the internet. After identifying the full range of needs for Zuckerberg Media, Bexel constructed plans and made recommendations on the best equipment selections.

“Bexel is at the top of the broadcast solutions game and came highly recommended to Zuckerberg Media,” said Bradley Lautenbach, chief operating officer of Zuckerberg Media. “Bexel was able to work within our very aggressive startup timeline to deliver infrastructure that produces wonderful output—and we are delighted that they will be a partner to Zuckerberg Media as we continue to grow.”

Bexel worked from the ground up with the general contractor and architect to assist in meeting codes, all with an eye on future scalability. Bexel was able to create smart solutions to help Zuckerberg Media achieve their goals for the new studio, which included production solutions “to conquer the world with content.”

Win the wedding of your dreams, paid for by Brides and hosted at the most beautiful destination - The St. Regis, Monarch Beach

“Zuckerberg Media is an innovative, tech-driven entertainment company run by revolutionary thinkers,” notes Bexel President and General Manager Halid Hatic. “It is an incredible opportunity for Bexel to support the vision of Randi and her team with pragmatic tools as well as a strategy for the future. We are enthusiastic fans of what Zuckerberg Media is creating, and we are excited to see what the ‘next generation of media’ brings.”

Approximately 90% of the operational equipment found at Zuckerberg Media was purchased from Bexel. New assets were combined with post-Olympics (2012) gear to design a solution that was customized to the studio’s unique needs and stayed within budget. Top-of-the-line equipment integrated into the studio included products from AJA, ASG Custom Audio Products, Blackmagic Design, Evertz, Sachtler, Sennheiser, TBC, Panasonic, LG and NewTek. Bexel outfitted the production facility with Sony EX3 Cameras, modified with monitors, teleprompters, and a proprietary data transfer system to ensure maximum flexibility and functionality. TSL Audio Monitoring was installed, and studio lights include the new Litepanels Sola 6 and Sola 4 LED Fresnels.

“From the very beginning, this was an honestly collaborative effort with the team at Zuckerberg Media,” said John Root, Western region product sales manager, Bexel TSS. “From the integration of audio and video systems to helping them locate a talented lighting designer, from control room design to engaging in full testing and training, we supported their creation of a world-class facility. It was an intriguing assignment to help launch an environment where the future will unfold.” 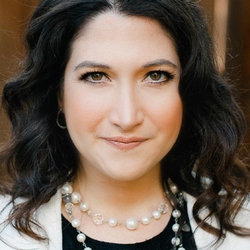 Zuckerberg Media
Randi Zuckerberg is the founder and CEO of Zuckerberg Media. As an early executive at Facebook, Randi created and ran the social media pioneer's marketing programs. She led the company's U.S. election and international politics strategy and created Facebook's live streaming video capability during the 2008 Presidential Inauguration. Randi was nominated for an Emmy Award in 2011 for her innovative coverage of the 2010 mid-term elections that integrated online and TV coverage in unique formats.
Since starting Zuckerberg Media, Randi has produced shows and digital experiences for BeachMint, the Clinton Global Initiative, Cirque du Soleil, and the United Nations — and most recently, Randi signed on as executive producer of a new show for Bravo, titled “Start-Ups: Silicon Valley.”

About Bexel:
Bexel is the pre-eminent worldwide provider of broadcast services including video and audio equipment rentals, fiber services, new audio sales, used equipment sales, and repairs/maintenance. Bexel provides brilliantly designed and flawlessly executed systems and solutions to all customers – including producers of the biggest and most important televised events in the world.