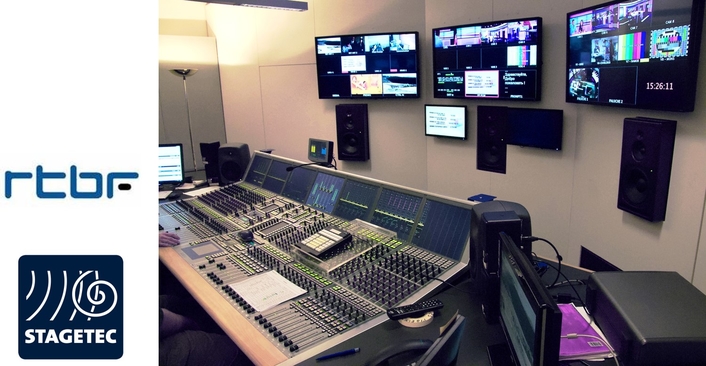 RTBF, the Belgian national TV broadcaster for the French community, has upgraded its newsroom, Studio 24. Stage Tec, the Berlin-based manufacturer of pro audio equipment, supplied seven high-performance RMDQ DSP units to replace the 2005 predecessors. Studio 24 is a central control room connected to several studios from which RTBF broadcasts various infotainment programmes. This newly created network of studios places higher demands on resources which are easily satisfied by the high-performance DSP board.

Studio 24 has a second-generation AURUS from 2006 installed on a NEXUS network that can access up to 800 channels and 160 buses after migrating to the RMDQ boards. Features such as loudness metering in the group and bus channels, an internal auto mixer, de-esser and MS decoder are also available. 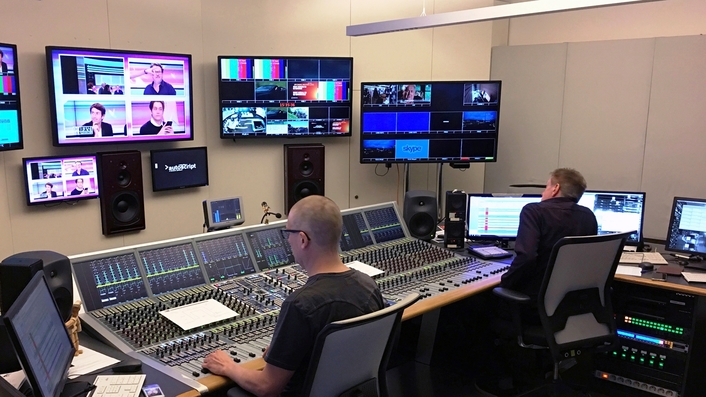 RTBF staff work with the AURUS from Stage Tec

“RTBF has been a long standing customer of Stage Tec since 1997,” explains Jean-Paul Moerman from Stage Tec’s International Sales & Consulting department. “Since then, the RTBF systems have been updated continuously without having to change the whole package. The fact that Stage Tec products from the early 90s run in current systems without any problems is a very budget-friendly solution for our customers and a unique achievement in the industry, where competitors often only offer a much shorter lifespan for their product lines and services. This interoperability is bidirectional and one of our selling points.” 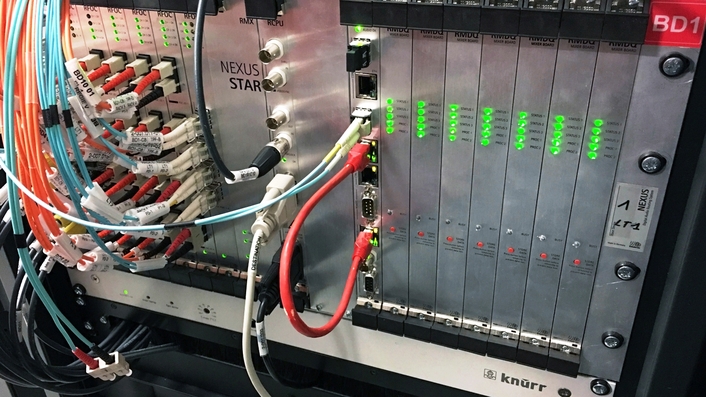 The upgrade required very careful planning, since the AURUS in Studio 24 is in operation around the clock. In addition to the DSP unit, the console's TFT screens were replaced and new GUI software was installed. RTBF’s maintenance technician Ludovic Tresinie reports: “It was not even necessary to power up the emergency backup console. The upgrade was done quickly and without problems between the late evening news and the first news of the day at 1 am. It is a Stage Tec hallmark to adapt existing systems to current developments, keeping them up-to-date.”

About Stage Tec:
Stage Tec Entwicklungsgesellschaft für professionelle Audiotechnik GmbH, based in Berlin, specialises in the development and manufacture of innovative audio equipment. Stage Tec was founded in 1993 by 20 shareholders. Almost all the founders still work for the company today. Dr. Helmut Jahne, Managing Director of the company, is also one of the founding members of the Stage Tec team and continues to drive the technological dominance of the product lines with numerous patents and developments.

Stage Tec has an international reputation as one of the leading pioneers in the transition from analogue to digital audio technology, and has raised the bar in digital technology. In 2010, NEXUS was awarded the Emmy® Award, the most prestigious US television award, in Los Angeles, as the best routing system in the world. The introduction of the AURUS mixing console in 2002 marked an extraordinary success, which continues to this day with several hundred systems sold. AURATUS was introduced in 2006 and CRESCENDO in 2009 - two compact consoles for broadcast and theatre. The ON AIR flex broadcast mixing console was launched in 2014. The brand-new, IP-based AVATUS mixer will be ready for the market in 2019 and picks up on the trend towards IP networking in the audio industry.

Stage Tec products can be found worldwide in such prominent installations as the Bolshoi Theatre, the Vatican, BMW World in Munich, the BBC in Britain, the Kremlin in Moscow, the Beijing Olympic Stadium, the Berlin Philharmonic, the Eurovision Song Contest 2011 in Germany and in various German, Swiss, Italian and Belgian