“We chose GLD because of its small footprint and I/O processing abilities. The use of compressors, high pass filters and 4-band EQ on each channel was a must. With some venues posing difficult cable runs, we liked that the GLD only required a single CAT5 to connect the stage box, instead of multiple cables like most desks,” explains Wackiki’s hire manager, Steve Woods. “The truck pack was also very tight with the amount of truss and PA involved, and the only way the tour budget would work was if all the sound and lighting production fit into one truck.  The GLD 80 offers a small case for the control surface, a stage box that fit into the RF rack and a single CAT5.” 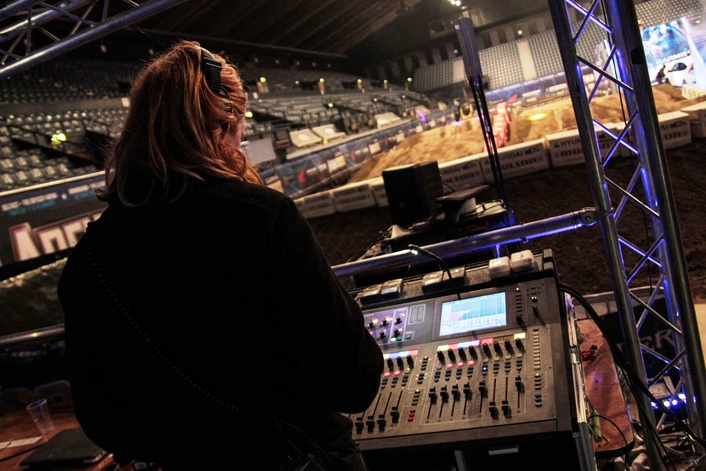 Woods continues:
“We utilised the GLD's I/O in the back of the control surface for the hand held radio mics and IEM systems the race officials and announcers used.  Having the radio mics in view of the operator was necessary to monitor the RF signal strength because of the long distances involved with announcers on the opposite side of the arena.  Having iPad software available for use was also key because of the mix position.  The operator was often behind the PA where it was difficult to tell what the PA sounded like to the audience.”

“We purchased our GLD thinking we would use it for small concerts but we soon learned it was perfect for all of our corporate work and specialised tours like Arenacross UK,” he concludes.