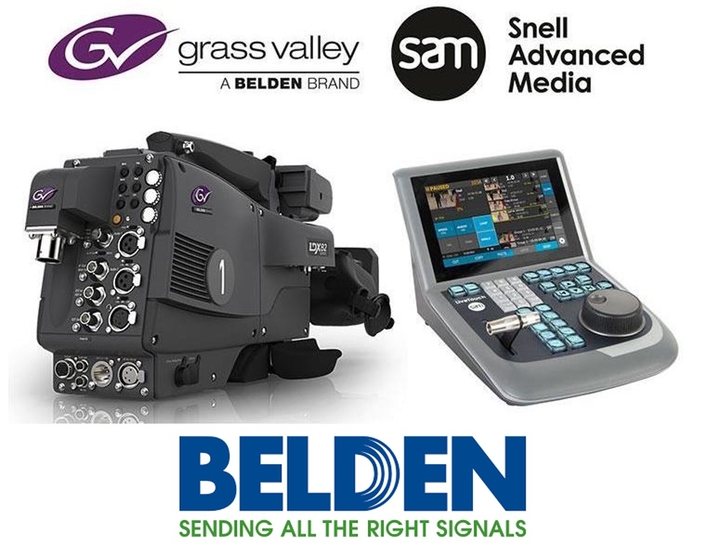 Belden has completed its acquisition of SAM (Snell Advanced Media), which it will now merge with Grass Valley. Belden has paid US$94.2 million.

The deal ends weeks of mounting industry speculation that the acquisition-hungry Belden had been in advanced talks with SAM. UK-headquartered SAM will be combined with Grass Valley into a single operation. The SAM brand, which was unveiled at IBC2015 following the merger of Quantel and Snell, will now be ditched.

Grass Valley will continue to be led by Tim Shoulders, who replaced Marco Lopez as President at the start of the year, from its Montreal HQ. Eric Cooney, who was appointed President and CEO of SAM in June last year, will take on an advisory role and form part of the integration team, but the day-to-day leadership will transition to Shoulders.

For Belden, additional scale as well as greater reach into geographic areas not served by Grass Valley were cited as reasons for the deal. In a statement, Shoulders said that “adding SAM’s employees and products to the Grass Valley family extends our global reach, makes us more agile and provides additional domain expertise to enhance our industry leading solutions.

“This transaction helps our customers better navigate the options available to them with fewer concerns around interoperability and deployment while increasing their access to the innovators developing the solutions of tomorrow.”

The deal, which combines two of the broadcast industry’s biggest vendors, will be welcomed by many, with leaders of other suppliers often speaking of the need for consolidation among manufacturers.

At IBC2017, then Chief Executive of Imagine Communications Charlie Vogt spoke about consolidation among broadcasters and the subsequent pressure it had placed on vendors, with 100 key customers shrinking to around 20, which he said had put a lot of strain on suppliers. “We have to consolidate on the supplier side too,” said Vogt.

And his counterpart at Avid, Louis Hernandez Jr, has often spoken about the “highly fragmented” nature of the broadcast vendor market in comparison to other markets, such as financial technology.  “It’s obvious that more consolidation needs to happen,” he said in a blog post.

For Grass Valley and SAM the integration process should be aided their in-house M&A expertise; following a string of mergers and acquisitions this latest deal will create a company that is comprised of some of the industry’s most well-known firms, including Snell & Wilcox, Quantel, ProBel, Miranda and Softel.

Further details on the merger are expected in the weeks ahead of NAB, where the companies will have a single stand in the South Hall.

For deeper analysis on how the Grass Valley-SAM deal looks to impact the broadcast industry as a whole, check out Devoncroft’s in-depth coverage.